Water, water everywhere and not a drop to drink …

Actually this line should read, “Water, water, every where,Nor any drop to drink.” It’s from Part II, ninth verse of “The Rime of the Ancient Mariner” by Samuel Taylor Coleridge. It fits well as a description of the drinking water in our country.

Just the other day I received an e-mail that explained why it was better and safer to drink wine or beer than water because of all the “stuff” in the water that isn’t filtered out. Although the e-mail was a joke and a bit cruder than that, it did make the point that our drinking water needs a rapid, radical remedy so it will be more drinkable.

Aside from a 19th century epic poem and an e-mail, the American Society of Civil Engineers (ASCE) agrees. The 2009 ASCE Report Card gives domestic drinking water a D- and the grades don’t get any worse. The overall infrastructure ranked a flat D.

What are we doing about this critical problem?

Here’s an example: The Environmental Protection Agency (EPA) recently awarded $160 million of stimulus funds to the Texas Water Development Board to help finance the cost of replacing aging water infrastructure in the state.

EPA officials say this new infusion of money from the American Recovery and Reinvestment Act (ARRA) will help state and local governments invest in a number of overdue water projects that are essential to protecting public health as well as the environment. The funds should also boost the economy and create jobs, two of the qualifications for receiving stimulus funding.

“Investing in the economy and the environment is a win-win,” said EPA Acting Regional Administrator Lawrence E. Starfield. “These funds 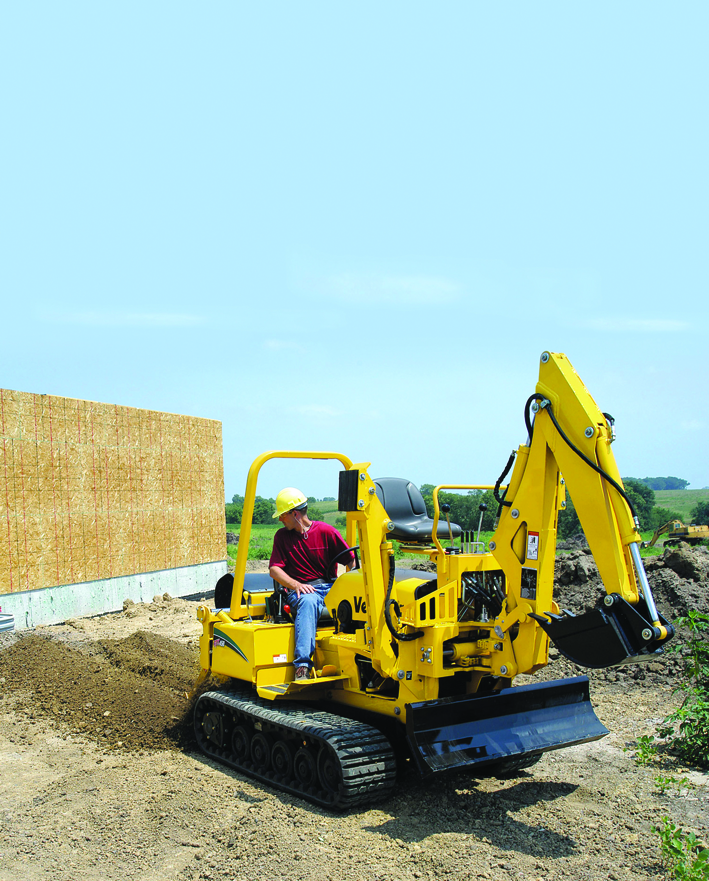 will not only help our economic recovery, but they will help provide safe, clean drinking water for communities throughout Texas.”

The funds will be used toward the Drinking Water State Revolving Fund program, which provides low-interest loans for drinking water systems to finance infrastructure improvements. The program places an emphasis on small and disadvantaged communities and on programs that encourage pollution prevention.

Nationwide, the EPA is furnishing $2 billion to fund drinking water infrastructure projects across the country in the form of low-interest loans, principal forgiveness and grants. At least 20 percent of the stimulus funds have been earmarked for “green” infrastructure, water and energy efficiency improvements, and other environmentally innovative projects.

How is this impacting the industry?

Bill Hillman, CEO of National Utility Contractors Association (NUCA), said, “Although there has been money earmarked for utility construction, very little has been spent on projects that result in work for members.” Hillman commented that the changes in the “Buy American” clause – relaxing it a little – have made some difference but not a lot. Some NUCA members are in favor of the clause, while others feel that it’s too restricting and can end up causing more problems for the country long-term rather than helping it:

The U.S. Environmental Protection Agency (EPA) has granted a nationwide waiver that dilutes somewhat the “Buy American” requirements for water projects, as originally set down in the American Recovery and Reinvestment Act of 2009 (ARRA), or economic stimulus program.

The waiver was given for “de minimis incidental components” of eligible water infrastructure projects funded by the ARRA, according to the EPA’s report of its publication of the notice in the August 10 Federal Register. Components granted waivers can, according to EPA, “cumulatively comprise no more than a total of 5 percent of the total cost of the materials used in and incorporated into a project.”

Projects that could be affected by the waiver are those receiving stimulus funds for state clean water or drinking water state revolving funds. Those funds are used to assist construction of drinking water or wastewater treatment plants or distribution systems. 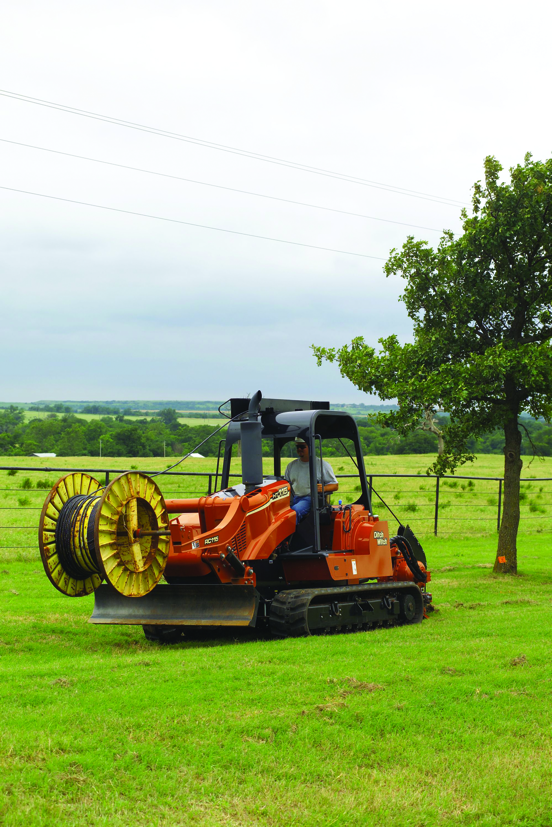 EPA said it “is not in the public interest” to impose ARRA’s Buy American requirements, as outlined in Section 1605 of the stimulus law, for the de minimis (minor, or small-scale) components.

Seeking to further describe such components, EPA said every water infrastructure project involves the use of “thousands of miscellaneous, generally low-cost components that are essential for, but incidental to, the construction and are incorporated into the physical structure of the project, such as nuts, bolts, other fasteners, tubing, gaskets, etc.”

EPA said in the notice that for many of the incidental components, “the country of manufacture and the availability of alternatives is not always readily or reasonably identifiable prior to procurement in the normal course of business; for other incidental components, the country of manufacture may be known but the miscellaneous character in conjunction with the low cost, individually and (in total) as typically procured in bulk, mark them as properly incidental.”

The action, effective July 24, revises the terms under which certain components were originally granted a waiver on May 22.

“This does help, but too much of the stimulus money is being spent on debt forgiveness and local government payrolls,” Hillman added. “We need money to get into projects that will stimulate activity by private companies.”

So how are NUCA member contractors coping with the current economy? “Pretty much the way most other contractors are,” Hillman commented. “They are traveling farther from their home offices; laying off people; bidding jobs they normally wouldn’t.”

Hillman noted that although most NUCA members are not considered as part of the residential construction markets, they are, in fact, heavily involved in this market. “Every house that’s built has utilities, and these services have to be brought into the project at some point. The utility contractors have been seriously hurt by the lack of residential construction; in some areas of the country this is far more serious than in other areas.”

Utility contractors are facing the same basic problems that every other contractor is: more contractors bidding on a job, some with reckless concern over how low they bid; tight financing on every aspect of the project; work is not as profitable, and in some instances it’s not profitable at all.

According to Hillman, “NUCA’s role is changing a little. We are now doing a lot more information gathering than ever. We are also forming alliances with other groups to bring our members the kind of information they need to survive in this economy. For example, we joined the Clean Water Council and started a blog called “Water News Update” (http://waternewsupdate.com/) in response to an increased need for information related to clean water and the utility infrastructure. We thought we could probably get by with posting update information weekly but found that we needed to do it more often. We went to several times a week and found that wasn’t enough, so now we’re posting daily – in fact, several times a day.”

Hillman believes that activity should start picking up again in the third and fourth quarters of this year and that 2010 should be better than it has been. “NUCA has done a number of studies, and all are in the final stages of preparation and should be ready for distribution before long.”

As stimulus funds reach the various markets, it’s good to remember that there are several that should have a positive impact on the underground and utility sectors. A major hot button is “Smart Grid,” which should have a direct impact on this sector because it is tied to the generation and distribution of electricity. No matter what, our use of electricity will continue to increase and as it does, so will the demand for distribution.

Wind power is another hot topic, and although it isn’t practical everywhere, there are enough areas in the country that can and will use this type of energy production. Of course, the electricity has to be transmitted to distribution centers in order to be incorporated into a system.

Water and sewer systems continue to age and need replacement. I spent some time looking through the items listed at waternewsupdate.com. A sampling of the listings includes: “Pittsburgh Seeks Solution for Sewer Backups”; “Police in El Cerrito, California closed down roads early this morning after a water main break began flooding streets and causing the road to buckle”; “A water main break in Lubbock, Texas that burst because of its advanced age is expected [to] cause traffic delays …”; “The City of San Diego has been told they cannot keep running the region’s main sewage plant below federal standards.” The list goes on and makes it clear that we cannot continue to ignore this problem; doing so will cripple our hopes for the future.

Safety is a critical factor when dealing with utility and underground construction. While most of the hazards are obvious with overhead power and transmission lines, there remains the problem connected with the opening of every trench or start of every underground boring operation.

‘Call before you dig’ is the best advice anyone can give an underground or utility contractor. And know and understand the safety requirements before you put a person in a trench. Following is an article on “Locators” that you should read. I’ve also included some information on trench safety information that is presented in box copy. Other related information is included in similar boxes.

Underground and utility construction is a critical part of our infrastructure rebuilding efforts. Unless we update them, we will have computers that won’t operate because they don’t have electricity or we will have electric cars that can’t charge their batteries for the same reason. There will be more work than we can handle; we all wish to start facing that challenge.

There are always concerns about the safety aspects of underground construction and what is required for compliance. It is important to remember that OSHA regulations are the minimum requirement, not necessarily the best. Knowing the requirements is a must, but knowing what is available, how it works and how it can serve your needs in a given or specific application is priceless.

Manufacturers, associations, unions and others offer training programs that can provide you with this type of information. Pro-Tec Equipment, Inc., a manufacturer of trench boxes, shoring equipment and other such safety devices, has a presentation that addresses various issues related to underground construction. It is a good way to make certain that you are not only in compliance but that you are also doing what is best for the crew working in the trench as well as what will make you more productive, effective and efficient.

Water News Update spotlights the need for greater federal investment in water infrastructure and is brought to you by the Clean Water Council, a coalition of 34 national organizations representing underground construction contractors, design professionals, manufacturers and suppliers, labor unions and others committed to ensuring a high quality of life through sound environmental infrastructure.

For a list of the current members, go to www.nuca.com/i4a/pages/index.cfm?pageid=40.

Note: This article appeared in the September, 2009 issues of all 13 ACP magazines.