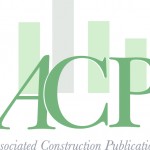 In the previous issue of this magazine, John White introduced himself and the new ACP publications. If you’re a previous reader, I’m sure that you noticed a lot of differences. We think that these are improvements. For the past couple of years, the magazines were not what you were used to reading. This was the influence of the times – the degenerating economy and the pronounced efforts of virtually all publishers to “go online.” ACP’s commitment is to keep you informed of industry trends, changes and developments that are important to you to help you run your business more effectively and more profitably. Print magazines are our primary focus. We intend to use the Internet as a compliment to your magazine, not a replacement for it.

The economy is still not responding to all that monetary stimulation, at least not in the way that was expected. I just participated in an economic forecast session that covered the economy in general with an emphasis on the construction industry and another that looked at the transportation sector. In the first session the three economists said that they believed we were on the path to recovery but that it was not going to be rapid and would take time, possibly a couple of years.  The consensus was that housing would start to return next year with an increase of 2.2 percent to as much as 10 percent.

Meanwhile, other construction market segments will still continue to suffer declines, at least for a couple of years. The pain of this starved economy is beginning to hurt the public sector in a serious way, and there are no immediate painkillers available. Stimulus funding simply isn’t putting enough people back to work in industrial sectors that can, and traditionally do, “stimulate economic growth.”

The current Highway Trust Fund bill expires on September 30, 2009.  Several weeks ago, Congressman James Oberstar (D-MN), Chairman of the House Transportation Infrastructure Subcommittee, introduced the committee’s draft of the bill. This happened the same day that Secretary of Transportation Ray LaHood asked Congress to delay the bill for 18 months. LaHood said that the administration wanted to give Congress enough time to draft a proper bill. Oberstar responded that he and his committee had been working on the draft for a couple of years and didn’t need more time.

Extending the bill is not in the best interests of the American public nor will it help push economic recovery.

“Stimulus investments,” he says, “will be undercut without near-term action on the federal highway/transit bill.”  Buechner also said that inaction could have unintended consequences for the economy.

Buechner points out, “The only bright spot in the transportation construction market this year is the additional federal funding made available to the states and local governments through the American Recovery and Reinvestment Act. Unfortunately, due to state budget challenges, the stimulus funds are allowing some states to simply maintain their 2008 activity level. In other states, stimulus dollars are, at best, serving to make overall state transportation program cuts less severe.”

The House Transportation & Infrastructure Committee is proposing legislation that would authorize a $500 billion federal investment in roads, bridges, transit systems and high-speed rail over the next six years.

The ARTBA economic team estimates that, compared to status quo road funding, the multi-year $337 billion highway and bridge investment called for in the House bill would generate almost 150,000 new American jobs during 2010, if the measure were enacted this year. About half those jobs would be in the construction industry or their supply chain. The other half would be created throughout the economy.

The bottom line is that we gain nothing by delaying and actually jeopardize economic recovery in the construction markets. You, the contractors who are or would be doing the work, are not in a position to buy new equipment in the face of so much uncertainty. It is in your best interest to contact your representatives and let them know that you aren’t interested in an extension, that you want a new bill.

As you read through this new rendition of your favorite old magazine think about what you like about it and what you don’t like. This is not my magazine or our magazine, it is yours. So, please tell us what you want to read. Take a minute or two, or if things are really slow 10, and tell us what kind of information will help you survive the current economic crunch and get ready for a better tomorrow.

I am looking forward to being part of the new ACPs and to hearing from you.

Between now and your next issue please visit our websites: www.acppubs.com and www.site-kconstructionzone for current news updates, new product information, industry events and activities and information that is supportive to the articles you read in this publication. There will be times when we will suggest website visits to view video clips, read additional copy on a subject or see additional pictures.

We sincerely hope you will enjoy receiving your ACP publication as much as we enjoy providing it to you.