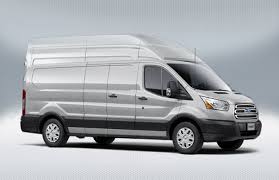 Ford Transit closed out 2014 by capturing the title of best-selling full-size van for the second month in a row – reflecting increasing demand for Ford’s innovative new full-size van.

Transit is Ford’s replacement for the venerable E-Series, first sold in 1961 as Econoline. In 2014, sales of the Transit and E-Series totaled 123,711 vans, outselling the nearest competitor by 17,718 vehicles. As a result, Ford extends its leadership of the full-size van market to 36 years in the United States. Transit also has been the best-selling van in the United Kingdom for 49 years.

U.S. sales of 10,030 Transits in December nearly equal the 10,418 total sold over the previous six months – the vehicle’s first months of production.

“We are seeing a resurgence in the van market as customers increasingly take advantage of the versatility, efficiency and low cost of ownership of Transit and Transit Connect,” says Yaroslav Hetman, brand manager for Transit, Transit Connect and E-Series. “December was an exciting month for us, as we sold more vans in the United States than in any single month since June 1999. It is clear that our new vans are connecting with our customers’ needs for modern, flexible work vehicles.”

Transit is available with a choice of three roof heights, two wheelbases, three body lengths and three engines, which can be combined into 47 possible body configurations from the factory to enable customers to purchase the Transit that best fits their needs. Transit vans offer up to 487 cubic feet of cargo space – 75 percent more than the largest E-Series – and are designed with upfitters in mind, ready to accept many aftermarket rack and bin systems. Maximum payload is 4,560 pounds whenproperly equipped. High-roof Transit cargo vans allow an inside stand-up height of six feet, nine and one-half inches.

Transit wagon is available with seating for as many as 15 passengers when properly equipped, and high-roof models offer an inside stand-up height of six feet, five inches.

Transit is manufactured at Ford’s Kansas City Assembly Plant in Missouri for the North American market. It is built on Ford’s experience addressing the needs of the 7 million-plus customers who have purchased Transit in 118 markets around the world.

Transit Connect is ideal for businesses that require capability in a smaller package. The van provides best-in-class torque rating of 184 lb.-ft. and an EPA estimated fuel economy of 30 mpg highway. Transit Connect also provides an unsurpassed 178 horsepower when run on premium fuel and towing capacity of 2,000 pounds when properly equipped.