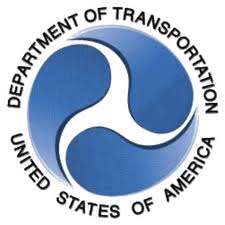 Yesterday, in response to Congress’s failure to reauthorize the Federal Aviation Administration, I wrote that dozens of stop work orders had been issued for construction on major projects to build and modernize air traffic control towers and other airport and aviation infrastructure across the country.

Twenty-four hours later, Congress still has not fulfilled a basic responsibility to keep crucial operations at the FAA running.  Without 4,000 FAA employees on the job, the list of aviation construction projects unable to proceed is growing by the day.  And the number of construction workers sent home from their jobs on these projects is rising.

In Traverse City, Michigan, airport manager Kevin Klein watched the idle job-site where workers were slated to install the “cab” section of the Cherry Capital Airport’s new control tower.  “It’s very frustrating,” Klein said. “It puts about 50 construction workers out of a job. But about 200 people are involved in this some way–designers, engineers, vendors, delivery folks. It’s going to be a hardship on them.”

I’ve said it before and I’ll say it again: this is no way to run the world’s best aviation system.

Airports need runway status lights.  Runway and taxiway lights help pilots know when it is safe to enter or cross a runway and when it is safe to take off.  Now, $250 million in work to design and install these lights at airports around the country is on indefinite hold.  At Phoenix Sky Harbor, Seattle-Tacoma, Houston George Bush Intercontinental, New York-LaGuardia, Washington-Dulles, Minneapolis-St. Paul, and Las Vegas McCarran international airports, this critical work can’t move forward.

“It’s depressing,” said Sasha Milosavljevich a contractor on a new 352-foot control tower at McCarran. “You got a site that was flourishing with activity, and there’s nothing going on right now.”

That’s just the beginning of the airport improvements the FAA supports every day in every state.  And, make no mistake, when you’re talking about infrastructure and complex facilities, every day that you’re not moving forward, you are losing the battle against weather, against wear and tear, against the pace of technological developments.

I have said over and over that the safety of the flying public will not be compromised by this situation.  But that does not mean we can afford to take this at all lightly.  As FAA Administrator Randy Babbitt said, “The real world implications of Congressional inaction are serious.  The FAA cannot conduct necessary work to keep our aviation system competitive and moving forward.”