The House and Senate Feb. 14 overwhelmingly approved the final seven FY 2019 spending bills after nearly five months of short-term extensions and the longest government shutdown in U.S. history.Â  President Donald Trump Feb. 15 signed the legislation despite the lack of southern border wall funding included in the Homeland Security portion of the package. 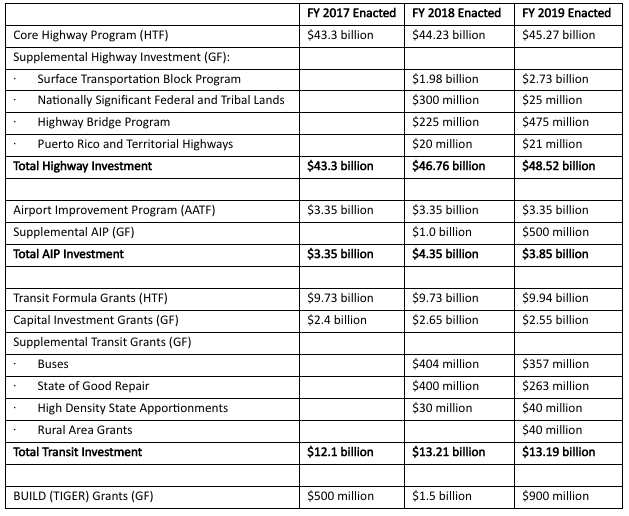 In a Feb. 14 letter, the ARTBA co-chaired Transportation Construction Coalition (TCC) urged all members of the House and Senate to support the package.

The completion of the FY 2019 funding bills is important to the transportation construction industry for multiple reasons:

ARTBA will continue to encourage Congress and the administration to include a solution to the Highway Trust Fund revenue shortfall in any infrastructure legislation put forward this year.