The just-held International Construction and Utility Equipment Exposition (ICUEE) attracted more than 16,500 registered attendees – making it the second largest in show history despite a down economy, especially in construction-related markets. 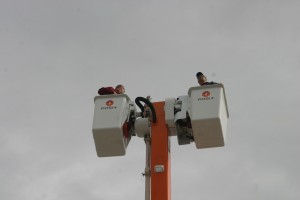 The show focuses on the utility/construction industry, including electric, phone and cable, sewer and water, gas, general construction, landscaping and public works.

“The feedback was very positive from exhibitors and attendees. This was a great opportunity for the industry to get together and assess where they are now and plan for the future. ICUEE was definitely the place to be if you wanted to test-drive the latest equipment innovations and keep up to date on industry trends,” stated Show Director Melissa Magestro.

“We encourage industry co-locations to bring maximum ROI to all participants, and ICUEE 2009 had a record number. Their support contributed greatly to our success,” she added. 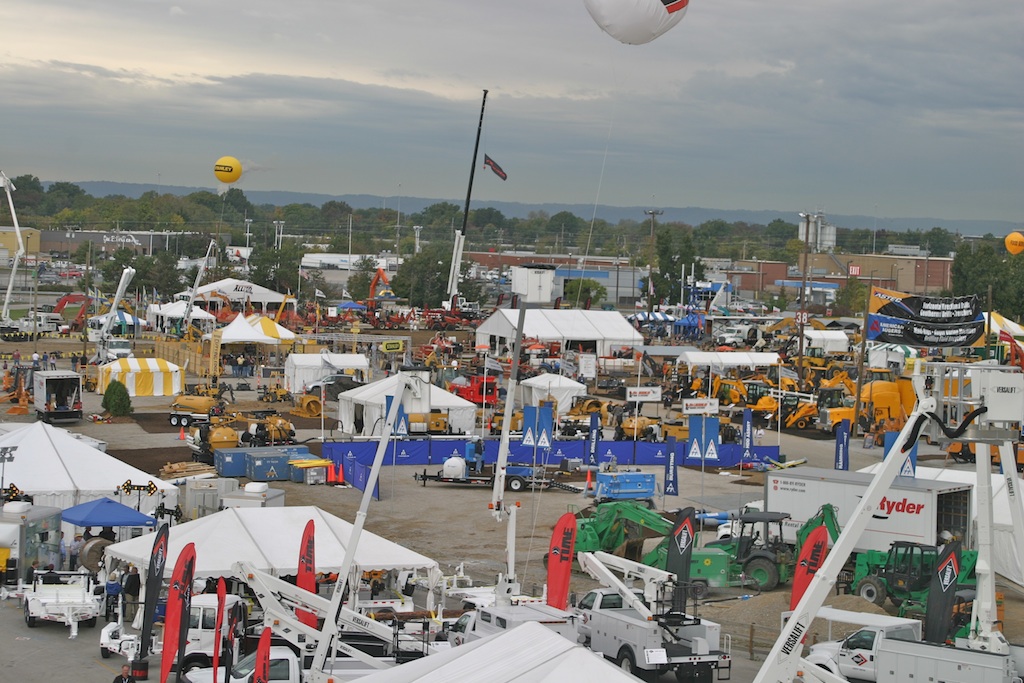 The inaugural H2O-XPO of the National Rural Water Association (NRWA) chose to co-locate with ICUEE 2009, as did the iP Safety Conference and Expo (safety and training) and the IUV Technology Conference (design and engineering). NRWA held its annual convention in conjunction with ICUEE 2009.

“Our industry has been one of the hardest hit during the recession, so we’re especially gratified by this support. Participants saw value in the type of face-to-face contact you can only get at trade shows, and the value of a quality show ‘run by the industry, for the benefit of the industry,’ which is our operating philosophy,” stated Magestro. 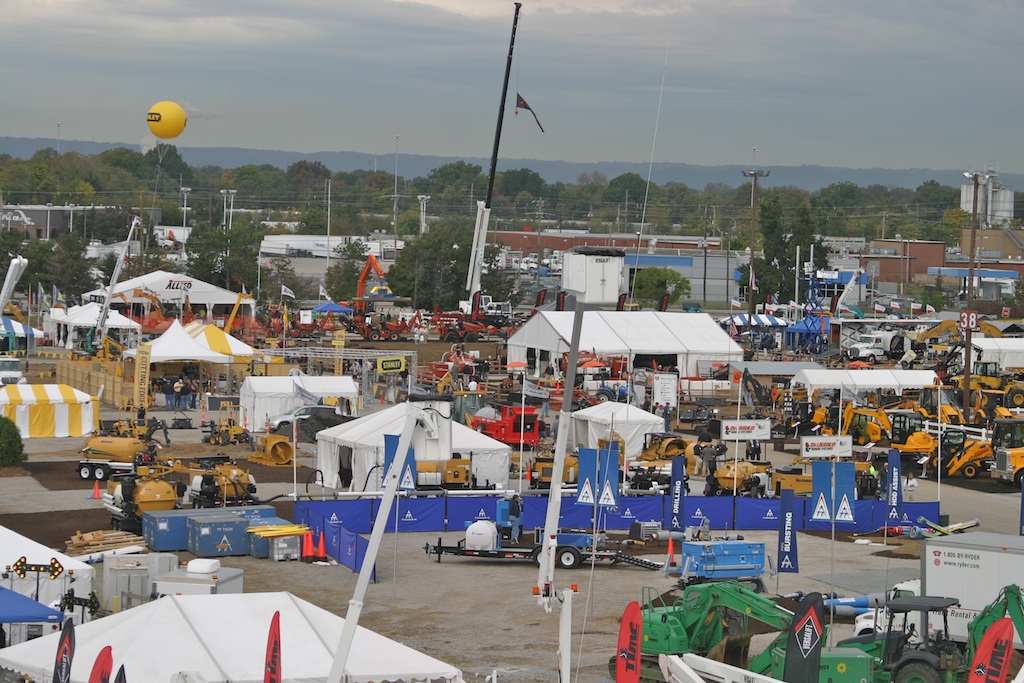 An extensive and well-rounded education program also contributed to the success of ICUEE 2009. Attendees took advantage of more than 100 sessions to pro-actively manage their businesses to increase productivity and operating efficiencies. Field trips and an HDD workshop complemented the classroom learning. Among the “top 10” most popular education session topics were new opportunities in emerging “green” technologies such as solar and wind power, and a special panel discussion focused on the emerging “smart grid” electric power infrastructure. 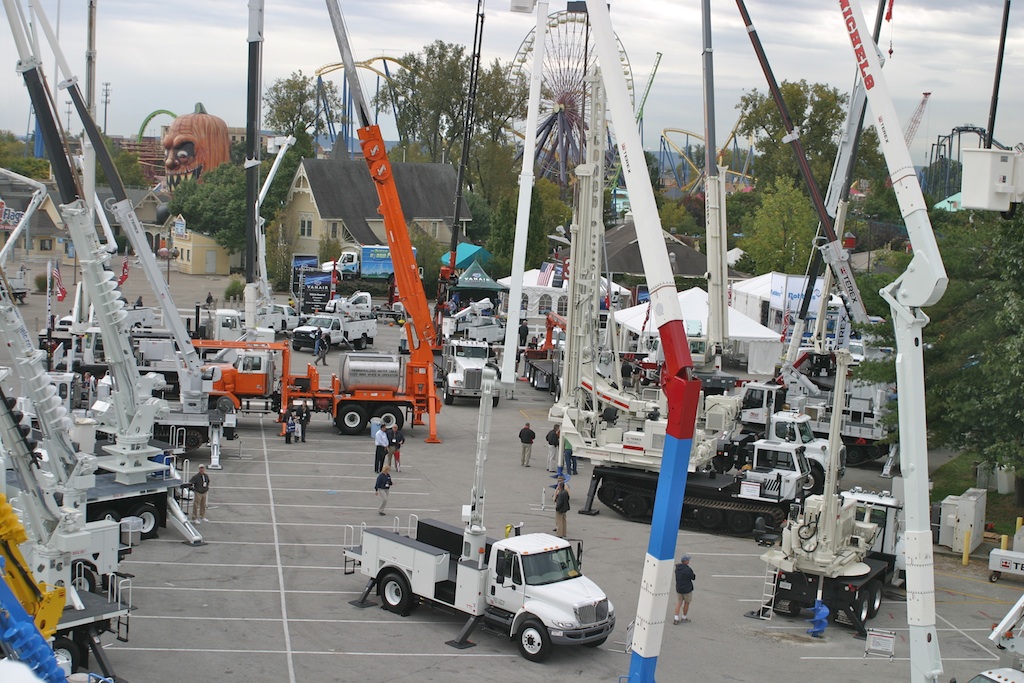 The number-one reason attendees come to ICUEE is to see new products and innovations, and a record 150 exhibitors signed on to the show’s New Product & Technology Program, which highlights exhibitors’ new-to-market innovations. Program participants are listed online in a section of the Exhibitor Directory (searchable by company name, product category or booth number). This will remain online for several months after the show (www.icuee.com/ see About the Show/2009 Exhibitor Directory).

The next edition of the biennial ICUEE will be October 4-6, 2011 in Louisville, Kentucky.

I personally thought the show was a success. Even with a tough economy virtually everyone I talked to had a positive attitude and outlook. The contractors were looking to buy new equipment, learn about new technologies, and develop a better understanding of this market and the potential it offers.

Yes, we need our roads, bridges, buildings and everything else the construction industry provides for our way of life. But, what would we do without electricity, water, sewers and the other critical components our civilization can’t exist without? Everything in our world has become interdependent and we have reached the point where yesterday’s luxuries have become today’s necessities. 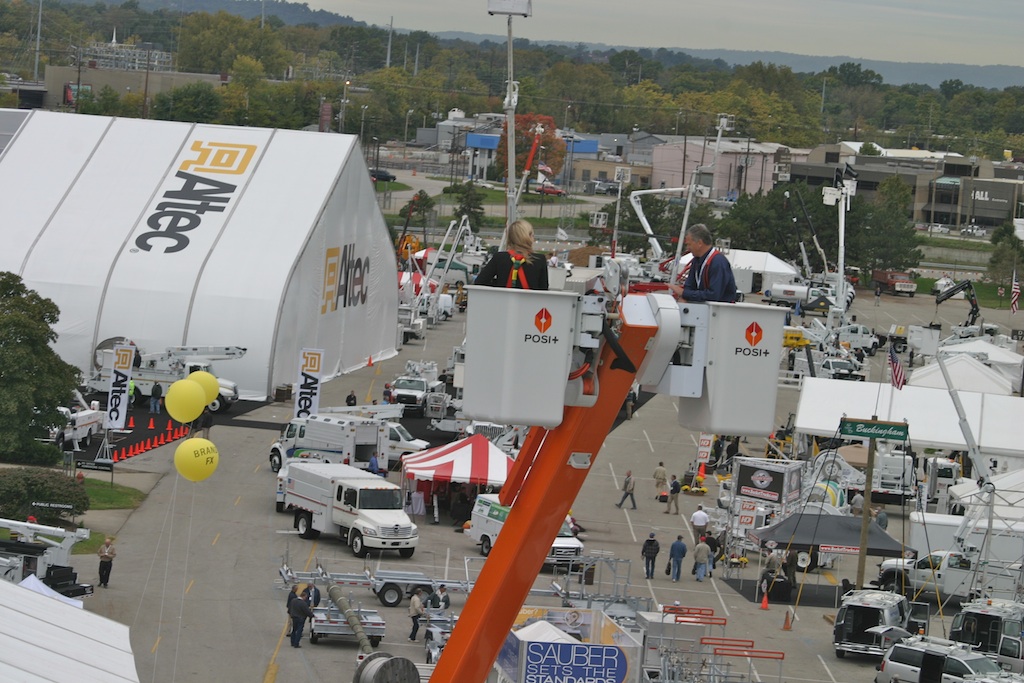 ACP publisher and owner, John White, took the pictures that are shown here. He got a ride in an aerial man lift shortly before the storm hit on the final day of the show with only a couple hours remaining. 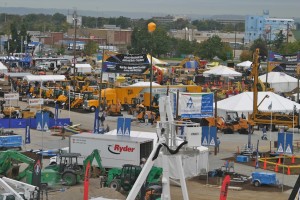 Check out the new products section… I am listing more of the ones that were introduced during the show. 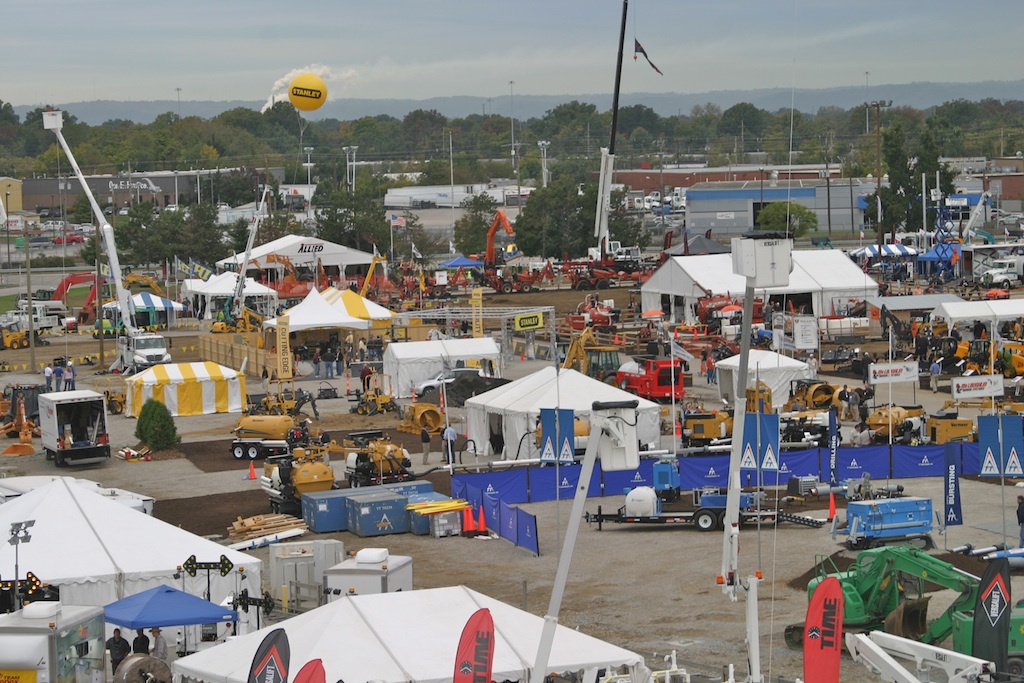