In the last two days I received links to two articles on the importance of our transportation infrastructure. There is no question about the importance of our transportation infrastructure because if we don’t do something to update, repair and improve it everything else we do to stimulate the growth and our economy will be for naught.

India and China are growing at unbelievable rates and as they grow we tend to shrink becoming more dependant on outside sources for everything. It wasn’t long ago when we were the world leader in virtually everything from clothing products to industrial to technical to scientific.

It is the Christmas season, we’re spending money, not as much as we usually do but we’re still spending. Take a look at everything you are buying and look for the “Made in …” tag. How much of what you bought was “Made in the USA?  Now think about China and India’s growth. What percentage of this growth is being supported, nurtured, cultivated, augmented by U.S. products, goods and services.

If this was 50 or 60 years ago, we would be leading the charge to domestically produce the goods and products these growing countries need and develop the technologies and services to aid and support them. Instead, they are buying our debt and supplying us…

The key to economic growth lies in our transportation infrastructure. Take the time and search just this website for all the articles, blogs and links that have been posted relative to this important issue. The following two pieces on the subject are well worth reading.

To get Americans back to work, the U.S. needs to get moving again. Is Washington listening?

While the U.S. economy struggles to emerge from the worst recession since the Great Depression, Washington is finally starting to focus on the one issue on all of our minds: getting Americans back to work. 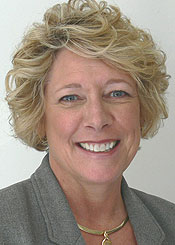 History tells us that transportation investment could make a real difference for the short- and long-term needs of the economy, but, unfortunately, the issue is not resonating like it should with our national leaders.

In November, it was reported that unemployment has reached 10.2 percent, the highest the United States has seen in 26 years. Unfortunately, Washington continues to miss the connection that transportation investment creates jobs. Every $1 spent on transportation infrastructure projects generates an additional $1.80 of U.S. GDP. The bottom line is that investing in our nation’s transportation helps to grow our economy, and puts Americans back to work.

Some of the nations most famous and revered infrastructure projects were built during bleak times in our history. The Golden Gate Bridge and Hoover Dam were both constructed during the Depression and the Eisenhower Interstate Highway System was built in the aftermath of World War II. These projects provided needed jobs and valuable infrastructure assets for a nation struggling to get back on its feet. Sound familiar?

Troubling economic times call for proven economic solutions. While we all understand that Congress and the Obama administration have a lot on their plates, the fact is the American people need lasting investments that can create jobs, grow our economy, and lift America out of this troubling economic situation.

In September, the federal programs that provide vital highway and transit investments around the country expired. The result of that expiration, coupled with the economic downturn, has created a very real crisis that has resulted in a 37 percent job loss in our construction industry. To put that in perspective, auto manufacturers and dealer jobs have fallen 16 percent in the same period.

The situation is equally grim for industries that produce material for transportation infrastructure. The aggregates industry, which processes and sells crushed stone, sand and gravel used in the construction of highways, has seen an average 20 percent decline in business; in some regions the decline has been as much as 60 percent.

Oxnard has been particularly hard-hit, with an unemployment rate estimated at or above 15 percent. It’s time to get our community members back to work. Now is the time to launch transportation projects so they are complete when our economy rebounds.

Without comprehensive transportation legislation, businesses are left to plan for an uncertain future that often results in no future at all. Manufacturing ceases, equipment sits idle, and workers are laid off.

The interstate system, over the course of its first 40 years, was responsible for an increase of approximately one-quarter of the nation’s productivity. Transportation and directly related industries accounted for more than 7 million jobs. The United States was the first industrialized nation to have a comprehensive system of roadways, and many other countries followed the U.S. model to become more competitive in the international marketplace. Congress and the Obama administration have an opportunity to take a page from the history books to help us get back to that leadership position today.

Nancy Lindholm is president and CEO of the Oxnard Chamber of Commerce.

The backbone of a strong economy depends on a well-built transportation network. Safe, updated roads, rail systems and bridges are vital for businesses to start up and grow, transport goods and allow employees to go to work.

Some have tried to lead Maine people into thinking that we can maintain our transportation infrastructure without looking for a new dedicated revenue stream. Anyone can simply look at what happened with the fuel tax revenue last year to see that this is not possible.

When fuel costs were at an all-time high, Maine people looked for every chance to lower their usage. Folks were carpooling in record numbers and reducing trips to gain control over their pocketbooks. The result of this smart economizing is that the state is seeing less revenue from the gas tax used to maintain important infrastructure. Couple this with the fact that automobiles are getting much more efficient and the trend continues.

All the while, the Maine Department of Transportation is trying to keep our roads maintained and balancing the needs of the other important transportation systems such as our harbors, railways and bridges. The costs of maintaining Maine’s transportation system have gone up like everything else. Maine has hundreds of miles of posted roads and dozens of old bridges that are in need of repair.

Legislation that attempts to take a chunk out of the DOT budget without any provision to fill it is irresponsible. Cuts usually sound good to taxpayers’ ears until they see the toll it takes in return. A cut to bridge repair projects simply pushes off higher costs into the future. Bills to move money away from other DOT projects to slap some surface treatment on a road is short sighted and ultimately will not result in savings.

Maine people know this, as is pointed out whenever a transportation bond is put before the voters. Maine people overwhelmingly vote to keep and maintain our infrastructure every time.

Each year the Maine Legislature struggles with finding enough funding to make basic road repairs and infrastructure improvements. This year’s federal stimulus investment stretched just far enough to complete a few projects. We are not alone. Almost every other state in the nation is experiencing the same hardship with dwindling coffers and aging transportation structures.

As the House chair of the Maine Legislature’s Transportation Committee, I have spent a good deal of time attending regional conferences so that I can learn about how other cities, towns and states are handling transportation funding. At every one of those meetings, innovative people are working on ways to improve our overall transportation system.

The missing piece is a stable funding source so that routine maintenance can take the place of costly major overhaul projects. We will need to be creative and resourceful to design a funding stream to keep our transportation system in good health. That doesn’t mean that we will only look at taxes — we simply need stability. Just as with anything, keeping up with repairs and completing preventative work early will ensure a longer life to our transportation infrastructure.

Edward Mazurek, D-Rockland, represents Rockland and part of Owls Head in the Maine House of Representatives. He is the House chair of the Legislature’s Transportation Committee.