David Beatenbough, currently Vice President of Research and Development for LiuGong, has been named Chairman of the Board of the new entity, LiuGong Machinery (Poland) sp z o.o. The transaction is LiuGong’s first outright acquisition outside its domestic market.

HSW produces bulldozers and other crawler machines.  It is one of only seven manufacturers worldwide producing a complete line of bulldozers, from 74 Hp to 520 Hp.  The Polish government was the primary owner of HSW.  It agreed in principal to sell to LiuGong earlier this year with the signing of a preliminary enterprise acquisition agreement in Beijing, China.

The formal contract ceremonies set at a prominent castle and landmark in Poland reflected the importance of the transaction for both the companies and the two countries. The events, a signing ceremony and press conference, followed by a full banquet, and tours of HSW facilities a day later, were attended by high level government officials of both Poland and China.  Presiding dignitaries included Poland’s Minister of Treasury, Mr. Mikołaj Budzanowski; Chairman of the Poland Industrial Development Agency, Mr. Wojciech Dąbrowski; Sun Yuxi, the Chinese Ambassador to Poland; Wang Xiaohua, Chairman of the Board for Guangxi LiuGong Machinery Co. Ltd and Guangxi LiuGong Group Co., Ltd.; Zeng Guang’an, Vice Chairman and President of Guangxi LiuGong Co. Ltd. and Krzysztof Trofiniak, Chairman of the Board and General Director of HSW.

“I’m pleased to be a part of this historic occasion bringing two great companies, and two great brands together,” said Zeng Guang’an.  “This deal further solidifies the strong ties between our two countries, as Poland and China are long term trading partners and we have more than 60 years of excellent relations.  This agreement signals a new era of expansion for both LiuGong and HSW. “

“Both companies have a long and rich history, a passion for quality and excellence, and a deep desire to create success for employees, dealers and customers. Through this formula, we want to create opportunity for everyone who associates with us,” said Trofiniak.

After announcing its intent to acquire HSW last March, negotiations for the agreement continued during the summer and fall, as LiuGong reached agreement regarding wages and job security with the Polish Workers Union and completed the commercial terms of the transaction with HSW.

“Our gaining and retaining the technical knowledge and skills of the HSW employees was important to us in this agreement,” said Beatenbough. “It is still important for us to remain competitive in our markets, and this agreement lets us do that.”

LiuGong’s acquisition of HSW represents a smart strategic step for the company, which has a publically stated goal of becoming a top-ten construction equipment manufacturer by 2015. 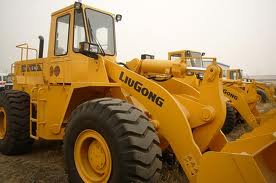 As a leading exporter of machines from China, LiuGong has one of the largest global dealer networks of any of its Chinese competitors. The network consists of nearly 280 dealers in more than 95 countries, and is backed by nine subsidiary offices and 10 parts depots that deliver items within 48 hours.  The company’s strong dealers, subsidiaries, and the customer focused organization within headquarters give it a distinct advantage in providing the 24/7 support required by customers anywhere in the world.

LiuGong runs 22 manufacturing plants in China, and one in India that adhere to Six Sigma quality methods. HSW will bring that count to 24. LiuGong supports a world class R&D function, and has a team of more than 13,000 employees, including over 750 engineers.

David Beatenbough, one of the key architects of the acquisition, discussed how HSW will fit into LiuGong’s plans and product lines.

“We will acquire proven technology within the bulldozer segment, as we will now own all the technology and designs, including undercarriages and driveline components,” Beatenbough said. “HSW machines have a long and respected design history reaching back to International Harvester, which was an early developer for the track-type undercarriages that presaged construction equipment as we know it today. “ He said LiuGong would benefit from HSW’s experience with large model machines.

Beatenbough noted LiuGong would also benefit from HSW’s plant location in central Europe, closer to its European customers, without undertaking a long, expensive construction project.   The value of a skilled workforce experienced in the manufacture of quality construction equipment cannot be underestimated; much of the learning curve that would be required in a Greenfield project goes away.  In addition, he said, LiuGong will gain HSW Dressta’s distributor and dealer network, which is largely complimentary to LiuGong’s global dealer network.

With the transaction now complete, LiuGong will move rapidly to integrate processes and production.

A talent exchange will bring Chinese engineers to Poland, and send Polish engineers to China for training.  The first fast-track project will be an investment into production line equipment and re-tooling at the Podkarpackie plant, enabling it to produce LiuGong excavators and wheel loaders as quickly as possible. Though unable to provide specifics, Beatenbough said the plant is expected to increase its overall production capacity, which in turn, will increase its purchasing requirements for raw materials. 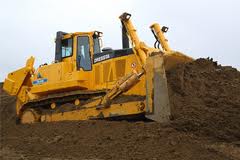 Work on this begins immediately.

“It’s important to note that we will be a part of the community in Poland”, Beatenbough said. “We will be a contributor to the economy and a partner in the community. As markets grow, we will continue to expand there.”

LiuGong will move rapidly to leverage the combined distribution network to bring the expanded product line to dealers – HSWproducts to LiuGong dealers, and LiuGong products to HSW/Dressta dealers. Relative to brand names, Beatenbough said, for the near term all three brands will be retained in certain markets.