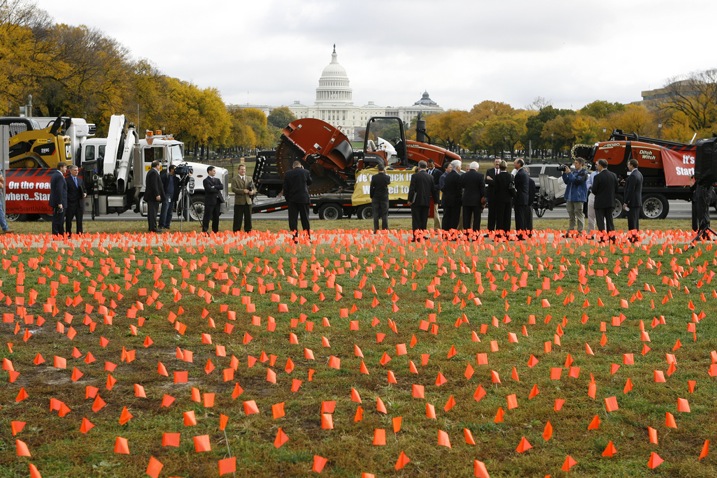 Editor’s note: The following statement is not a figment of the industry’s collective imagination. It’s a fact. Delaying the enactment of a new highway bill is not doing this country any favors; in fact, it’s doing us more damage. The deteriorated condition of our transportation infrastructure will not only continue, it will accelerate. Today’s poor conditions will continue to get progressively worse. We need a new highway bill now. Oberstar and his committee have studied the problems; submitted two detailed reports and recommendations and drafted a new bill. If more time is spent studying the situation, we’ll find that these recommendations have become inadequate, not because of proper due diligence in conducting the studies, because of our collective failure to act. GS

In the wake of last week’s dismal government unemployment data, two leading construction equipment industry trade groups are warning Congress that that the economy will shed more jobs in the

The warning came in the form of orange flags sent to every member of Congress by Associated Equipment Distributors (AED) and the Association of Equipment Manufacturers (AEM). The flags were accompanied by details of a recent IHS Global Insight economic report that found the equipment industry had lost 37 percent of its workforce in the last three years, the equipment industry downturn had cost 550,000 jobs nationwide, and equipment sales had declined 50 percent since 2006.

The orange flag has become a symbol of Start Us Up USA!, a grassroots campaign launched in September by AED and AEM to draw attention to the equipment industry economic crisis. In conjunction with a recent Washington, D.C., rally and idle construction equipment caravan through the streets of the nation’s capital, the associations planted 5,500 orange flags in the National Mall – one for each 100 jobs lost since 2006 as a result of the downturn in the equipment industry.

AED and AEM are urging Congress to swiftly reauthorize the federal highway program and increase investment in roads and bridges to stop the job bleed and put the construction industry back to work. SAFETEA-LU, the most recent blueprint for federal highway spending, expired on Sept. 30 and neither chamber of Congress has yet voted on a new transportation bill. The uncertainty surrounding reauthorization and future highway funding levels has led many contractors to put off equipment purchases, which has contributed to historic volatility in equipment markets.

“These orange flags are a warning to Congress,” AED President & CEO Toby Mack said. “The highway bill is overdue and the construction industry is in a state of crisis. If Congress doesn’t do its job, more Americans are going to lose theirs in the months ahead.”

More information about the AED-AEM Start Us Up USA! campaign (including video highlights of rallies and idle equipment caravans in Las Vegas, Chicago, and Washington, D.C., and the results of the IHS Global Insight study on industry economic conditions) is available, click here, or on Site-K Construction Zone.