Projects cleaned up hundreds of contaminated acres of land in Nevada, aided in the redevelopment of a Michigan city, remediated a former paper mill site, recycled lumber into bio-fuel, and lead to the reuse of reclaimed materials in high-profile new construction sites.

National Demolition Association (NDA) presented the 3nd annual Environmental Excellence Awards to five companies which have performed demolition projects that demonstrate significant environmental conservation and community improvement, while bringing about a discernible positive impact on the quality of life in the U.S. and Canada.

“The Environmental Excellence Awards recognize NDA member companies which are true leaders in environmental stewardship,” said Michael R. Taylor, CAE, Executive Director of the NDA.  “Environmental stewardship is one of the demolition industry’s primary missions and these winning projects help illustrate truly dramatic efforts our members have made to make this a reality.

The winning projects, which were honored at the National Demolition Association’s 40th Annual Convention in Las Vegas, are: 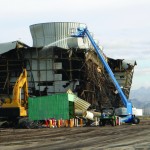 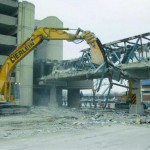 Bierlein Companies partnered with AKT Peerless Environmental and Energy Services to reform environmental remediation and demolition services at the Downtown Saginaw Redevelopment Project.  The scope of the project included the demolition of the eight-story Crowne Plaza Hotel and the adjacent 160,000-sq.-ft. Downtown Saginaw Mall.  The work also included abatement of 200,000 sq. ft. of asbestos material and universal waste removal.  Some 98% of the building materials onsite were recycled. 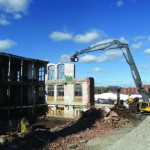 During the demolition of the Plymouth Cordage Mill in Plymouth, MA, Costello Dismantling was looking for innovative ways to recycle high-quality Southern Yellow Pine beams and structural decking in the building that have been exposed to more than a century of saturation from mineral oil used to condition hemp fibers prior to rope manufacturing.  After rigorous testing, sorting and shredding, the lumber was converted into 4,500 tons of bio-fuel. 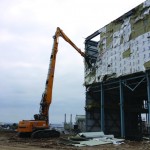 EDS received a turnkey contract to dismantle and pack all process equipment; to perform the complete remediation of all contaminated materials; to remediate and decontaminate the entire site; to complete the demolition of all buildings and other structures on the site; and to recycle all of the structural steel and non-ferrous metals on site.  The object of the work was to provide the local community with a remediated site and green area for future park and golf course development. 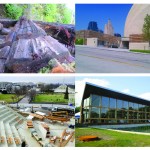 The goal of PlanetReuse’s projects is to increase the reuse of reclaimed materials in a way that is beneficial to the owners, the demolition and recycling industries, and the end users.  Examples include the reuse of 86,000 sq. ft. of cypress, reclaimed hemlock, Douglas fir, and pine/spruce in a school in Greensburg, KS; the use of reclaimed material for the exterior walls of Kansas City’s Kaufman Center of the Performing Arts and bridges in Utah; 10,000 sq. ft. of oak flooring from a restaurant in Kansas City’s Power & Light District which was processed for reuse as flooring in two new retail project; and recycled portion of President Obama’s inauguration state into framing and walls for the Omega Institute for Sustainable Living in Rhinebeck, NY.

About the National Demolition Association

The National Demolition Association is a non-profit trade organization representing approximately 800 U.S. and Canadian companies and many international firms that are involved in the demolition process. Membership includes demolition contractors, general contractors, civil engineering firms, and recycling, landfill, and salvage operations.  The association’s efforts help members stay abreast of environmental, regulatory and safety matters, keep regulators informed about issues facing the industry, increase public and industry awareness, and provide members with networking opportunities and information on the latest technical advances in equipment and services.  The website is www.demolitionassociation.com.