The U.S. Department of Transportation today announced that nearly $80 million in grants have been delivered to states as part of 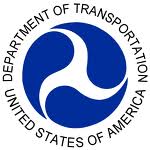 President Obama’s historic high-speed and intercity passenger rail program. These grants will go toward the development of a brand new Recovery Act funded high-speed rail system in Florida as well as critical upgrades to existing passenger rail service throughout the country.

“Delivering these funds is an important step forward in our efforts to upgrade and transform America’s transportation system, while spurring economic activity and creating jobs here at home,” said Vice President Joe Biden. “Our unprecedented investment in high-speed and intercity passenger rail is not only going to provide real environmental benefits and greater convenience for travelers, but also long-term economic development for communities across the country.”

The $80 million in funding will benefit projects in many regions of the country, including:

$66,600,000 for program management and preliminary engineering on the planned 168mph high-speed rail service between Tampa and Orlando, Florida. This project will create jobs and generate economic activity as 84 miles of track are constructed, stations are built or enhanced, and equipment is purchased. Along with California, Florida was the only state to submit plans to the Department of Transportation to create a brand new, high-speed rail line.

$6,200,000 for track relocation work in California on the Capitol Corridor which will help bring about fewer delays and faster travel times along a route that connects San Francisco and Sacramento, the state capital.

$5,700,000 for environmental assessments of planned new stations on the route between Milwaukee and Madison, Wisconsin that will host passenger rail service operating at speeds up to 110mph.

$1,000,000 for planning projects to improve service on the Empire Corridor in New York state. The 468-mile Empire Corridor connects all of New York’s largest cities. The near-term vision for the corridor is to increase passenger train speeds to 110mph.

$100,000 for the creation of the first-ever rail plan for the state of New Mexico. This plan will help the state create a blueprint for passenger rail development that will eventually link major cities in the Southwest.

The President’s $8 billion down payment for high-speed rail, which was set in motion through a long-term plan announced in April 2009, is expected to create or save tens of thousands of jobs over time in areas like track-laying, manufacturing, planning, engineering, and rail maintenance and operations. The majority of the President’s Recovery Act passenger rail funding will go toward developing new, large-scale high-speed rail programs.

In addition to the $8 billion in Recovery Act funding, the Administration proposes a minimum $1 billion a year for five years in the federal budget to jump-start this multi-decade effort. Congress funded this program above and beyond the President’s initial request and allocated $2.5 billion for Fiscal Year 2010.