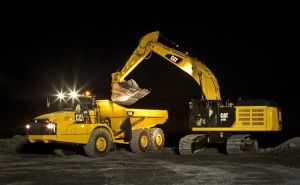 The 349E’s Cat C13 engine, which operates either on ultra-low-sulfur diesel fuel (ULSD) or a blend of ULSD and 20 percent biodiesel (meeting ASTM 6751 or EN 14214), uses the Cat Clean Emissions Module (CEM) to meet stringent Tier 4 Interim standards.  The CEM regeneration system is designed to be transparent to the operator and regenerate when the conditions are optimal with no operator intervention.  In automatic mode, the Cat Regeneration System allows the machine to work as normal with no interruptions to the work cycle.  The system automatically senses when to regenerate during idle and while the machine is working to maintain high production.  The system’s manual mode allows the operator to override the automatic setting.

Among the 349E’s several new fuel-saving features is the Engine Idle Shutdown Setting, which allows selecting how long the machine is permitted to idle before shutting down. Working with this system is a “one touch” idle control feature, which reduces engine speed to low idle with the touch of a button; a second touch or joystick movement puts the engine back into high speed, allowing the machine to go right back to work. Isochronous speed control—a system that maintains constant engine speed, regardless of load—further conserves fuel, as does the 349E’s “economy” power mode when used during less-demanding applications. 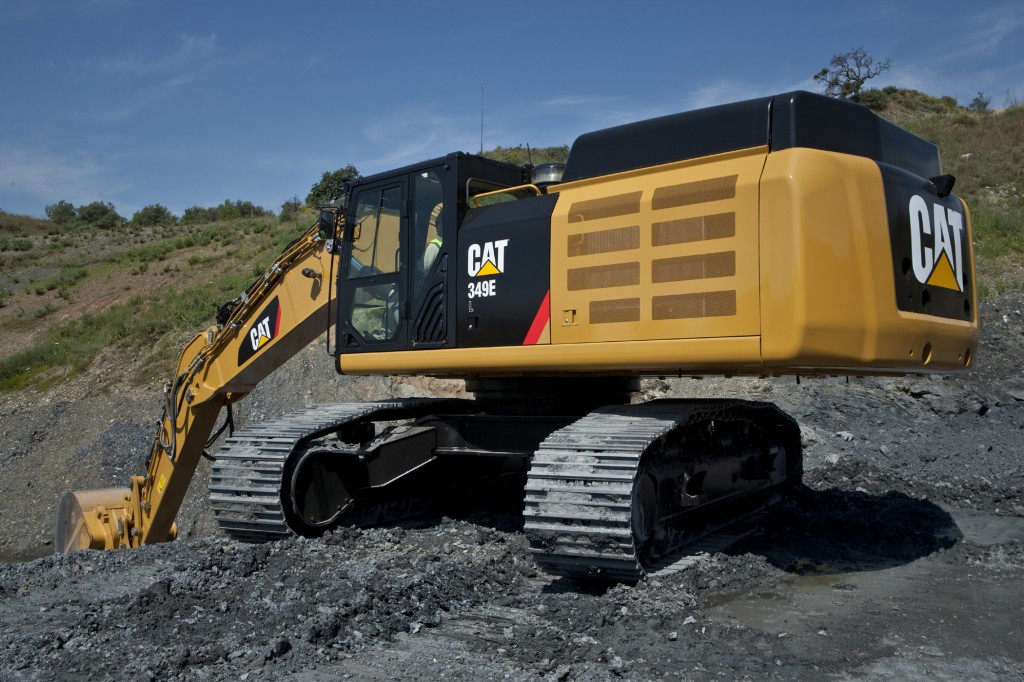 The 349E’s hydraulic system also contributes to fuel economy. An electric boom regeneration valve captures and recycles hydraulic energy when the boom lowers. In like manner, a new regeneration valve in the digging-arm circuit recycles oil between the cylinder ends during low-load, arm-in operation, reducing the volume of oil the hydraulic pump must produce and thus conserving fuel.

At the heart of the 349E’s design is an implement hydraulic system producing high hydraulic horsepower—the working force of the machine. A boost in hydraulic flow contributes to the new model’s added power and gives it a decided advantage over its predecessor. In addition, a redesigned main control valve simplifies auxiliary line configuration for enhanced reliability.

Cab features include a new LCD (Liquid Crystal Display) monitor that is 40 percent larger, has higher resolution, and an improved keyboard interface. The new monitor also serves as a display for the optional rearview camera system, which can display two camera images simultaneously.

New seat choices include heated and air-cooled options; the climate control system features new outlets with positive filtration. Full adjustment of the operating consoles and the addition of an auxiliary audio port for MP3 players further enhance the operator’s environment.

The 349E’s new ROPS (Roll-Over Protective Structure), which is mounted to specially designed supports in the upper frame, provides an added margin of safety. The lower frame also has been reinforced to increase component durability. Undercarriages are available in either fixed or variable gauge configuration to fit the application, and an available counterweight removal device reduces preparation time for transport. 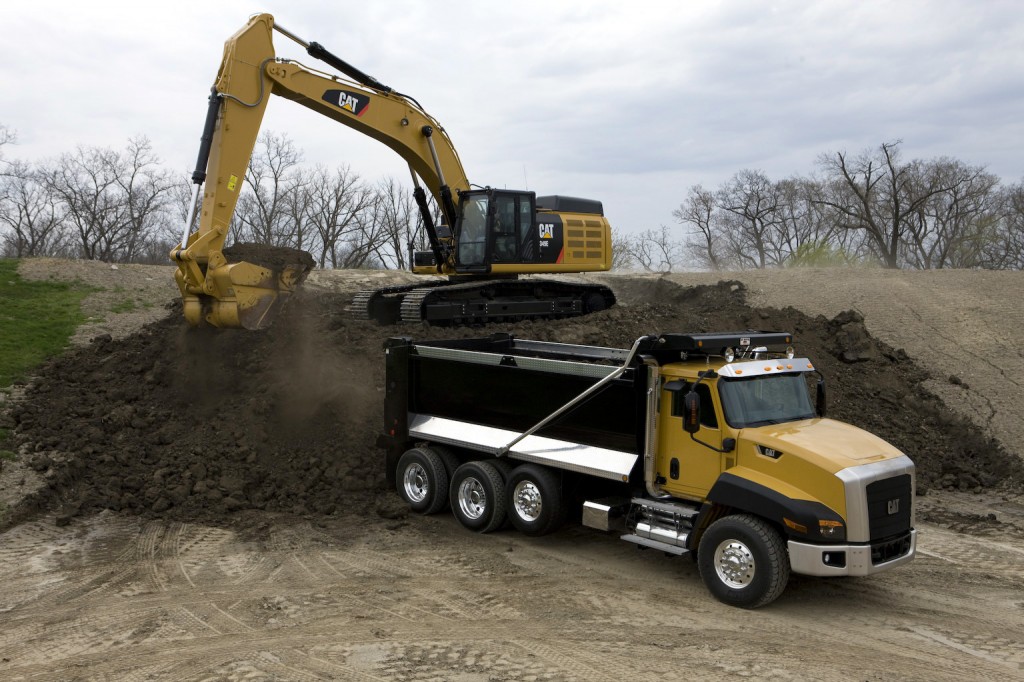 Access to routine maintenance items is improved with wider service doors (with redesigned hinges and latches) and a new two-piece hood. The water separator, with a water level sensor, includes the primary filter and is located in the side compartment at ground level. An electric priming pump is mounted on the primary filter base for easy access, and a new remote drain for the fuel tank is located in the side compartment. Relocating the oil check gauge and the engine oil filter further speeds routine service, and a new oil drain minimizes accidental spills. In addition, optional Fast-Fill and Quick Evac systems are available for engine oil and hydraulic oil.