New Holland Construction and Turf magazine named Brandon Vaughan, Toms Creek Nursery and Landscaping, Denton, N.C., as the winner of the “2011 Extreme Dream contest.” The grand prize – a New Holland L218 skid steer loader worth more than US$35,000 – was presented to Vaughan during an award ceremony on Wednesday, Oct. 26 at the Crowne Plaza Hotel in Louisville, Ky., in conjunction with the 2011 GIE+EXPO.

“Every extreme landscape design/build project starts with a dream, and with a talented landscaping contractor who makes that dream come true,” said Dave December, marketing manager, New Holland Construction. “On behalf of New Holland Construction, we are pleased to honor Brandon Vaughan as the winner of the 2011 Extreme Dream contest, and we congratulate Mike Dasilva, Brett Parks and the other contestants for their extremely unique projects.”

Vaughan, 29, said his winning project was one of the more challenging hardscape projects he has ever worked on. His company, Toms 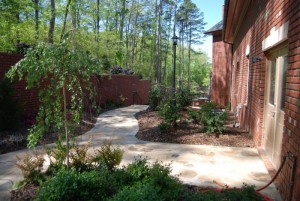 Creek Nursery and Landscaping was tasked by their client to create a large outdoor entertainment space alongside a home undergoing a complete remodel. The challenge for Vaughan was that the area to the left of the house provided the sole access to a lake. The property line on the other side of the house did not provide enough room for access. Vaughan and his team hauled in 150 yards of soil to level out the turf area, along with 25 triaxle loads of boulders and 5,000 feet of irrigation piping. Vaughan created a breath-taking area for entertaining and relaxing, complete with stone patios, a curved path leading down to the water’s edge, and a large, tiled fireplace.

Dasilva, 35, and his crew at Paradise Views Landscaping worked in a very tight back yard – approximately 30 feet by 25 feet – to create a paved patio, complete with pergola and a water feature. Dasilva also crafted a paved front entrance and driveway. 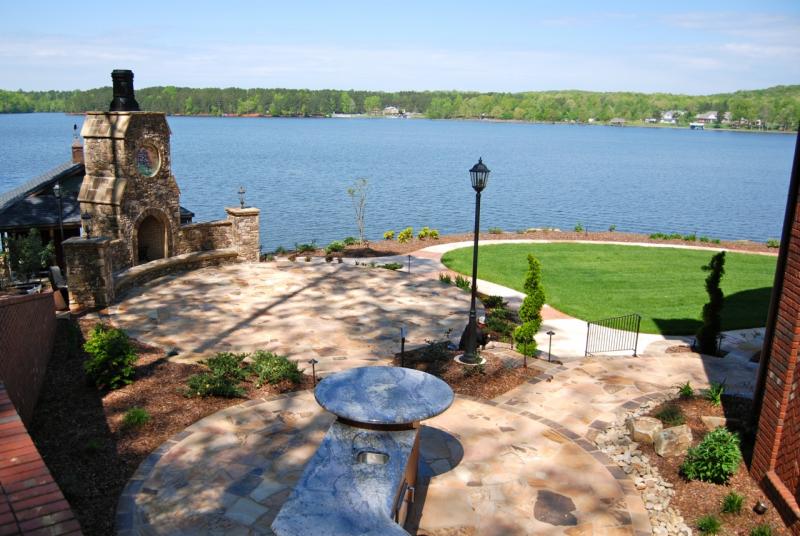 Parks, 27, and his team at Not Just a Garden Center removed an old deck and landscaped are to create a backyard retreat, complete with new plantings, lighting and a custom designed pergola, outdoor kitchen and unique pondless waterfall and natural gas firepit. Parks brought in more than 40 tons of base material and 20 skids of block by hand with a wheelbarrow.

“Not only does the 2011 Extreme Dream contest illustrate New Holland Construction’s commitment to the hard-working landscape contractors in the field every day, it also celebrates the launch of our 200 Series skid steer loaders,” December said. “The 200 Series skid steer loaders have been engineered from the ground up to help New Holland customers work faster, smarter and more profitably.” 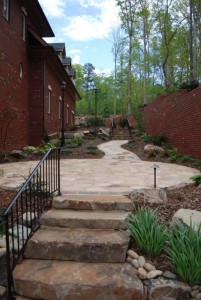 To participate in the 2011 Extreme Dream contest, landscape designers and contractors across North America were required to register online and provide a detailed summary of their biggest, best and/or most challenging landscape project, along with photography showing the project from start to finish. From March through September, the editors of Turf magazine and the moderators of LawnSite.com selected entries to be voted on by members of LawnSite. Monthly winners were selected based on the most votes received by members of LawnSite. Each of the six monthly winners received a $100 gift card to use at their preferred New Holland dealer. Vaughan, Dasilva and Parks were selected as the three semi-finalists. Each received $500 in travel expenses to attend the award ceremony in Louisville.