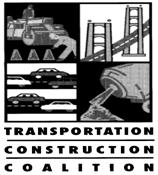 “We commend the House of Representatives and Senate for passing legislation to ensure the continued operation of the federal highway and public transportation programs as the 2012 construction season begins cranking up.

“This action notwithstanding, extension after extension of these programs is no substitute for a multi-year reauthorization that could begin to address the nation’s staggering infrastructure challenges.

“The current surface transportation law, SAFETEA-LU, expired more than 910 days ago.  We respect the legislative process and the right of both the House and Senate to pass their own bill.  With an overwhelming bipartisan majority, the Senate has passed its multi-year bill.  It is now the responsibility of the House of Representatives to either advance its own alternative or utilize another mechanism to allow the two chambers to reconcile their differences.

“Given the bipartisan support in both chambers for critical transportation policy reforms and proactive steps to shore up the Highway Trust Fund’s fiscal outlook, the surface transportation bill is one of the few measures before Congress this year with a realistic prospect of becoming law.

“While we supported the extension approved today to prevent a shutdown of essential infrastructure improvements across the nation, that support should not be confused as acceptance of inaction on a multi-year reauthorization bill.  Our members are growing increasingly frustrated that Congress seems incapable of passing critical legislation that improves the flow of commerce and promotes economic growth.  The construction industry continues to suffer from chronic unemployment and the continued delay in enacting a longer-term bill prohibits them from expanding their workforces and investing in new equipment.  It is unfortunate that a program that has traditionally enjoyed strong bipartisan support is being used as a means to advance political instead of policy objectives.

“The federal highway and public transportation programs have been governed by extension for 30 months.  Congress can and must do better.”

Established in 1996 and co-chaired by the American Road and Transportation Builders Association and the Associated General Contractors of America, TCC members have a direct market interest in the federal transportation program.