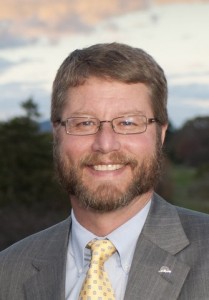 A Roanoke, Va. construction executive has been named Chairman of the Board of TRIP, a national, nonprofit transportation research group based in Washington, D.C.

Kenneth L. Lanford, President, Lanford Brothers Company, Inc., of Roanoke, Va., has been involved in the construction field since 1977 and became a member of the TRIP Board of Directors in 2006, joining his uncle, TRIP Chairman Emeritus Jack Lanford, who has served on the TRIP board since 1986.

Founded in 1960 by brothers Jack and Stan Lanford, Lanford Brothers has grown to a 200 plus employee specialty contractor concentrating on bridge repairs, asphalt and concrete milling, guardrail, highway signs and latex overlays.  Mr. Lanford joined Lanford Brothers in 1977, holding the positions of field superintendent, project manager and vice president, leading to his appointment in 2004 as president of the company.

“I look forward to continuing my involvement with TRIP as its chairman; improving America’s surface transportation system not only saves lives and creates jobs, it also impacts our lives every day by increasing our mobility and accessibility,” Mr. Lanford said. “Lanford Brothers has supported TRIP’s efforts to increase public awareness of the need to invest in America’s surface transportation system for over two decades, and I’m proud to carry on that tradition,” he added.

Mr. Lanford received a B.S. degree in Business Management from Virginia Tech in Blacksburg, Va., and serves his alma mater as a member of its School of Construction Advisory Board.