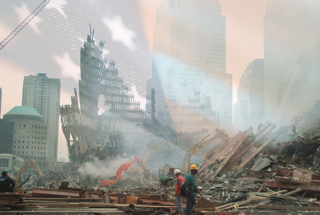 I’ve been around a long time. No, not that long… I’m not pushing the century mark, not yet and have not been designated a curmudgeon by everyone who knows me. During my tenure on earth I witnessed many political changes domestically and internationally. I remember World War II, Korea, Vietnam, Grenada, Desert Storm 1 and 2, Afghanistan and all the conflicts that filled the gaps. 9-11 is a fresh memory that gets renewed daily as I look at the picture I took of the rubble only days after…

My memories are filled with fears. Yes, I was taught and learned to fear the “isms” that echoed around the world almost always to the background sound of war, destruction, death, pain, starvation and suffering. Even at my advanced age there are fears, which I have not conquered, one of them is the fear of socialism.

I have always lived in our United States; I have served a four-year tour of duty in the Air Force, which included a tour in post-war Korea. I lost a brother while he was in the Air Force and had numerous relatives who had also served. Ok, what’s my point?

My point is that I have watched our country erode from an industrial/agricultural nation with an extremely high work ethic, to one that is beginning to embrace socialism. We have lost our global leadership position in so many arenas to countries that have become or are becoming what we were only a few years go.

What prompted this rant? It’s an email from a friend that I am going to share with you but the Internet being what it is, you have probably seen it or received it. I’m certain that many will disagree with me for doing this and for the lesson shared in the following. But, because of our Constitution I can express my feelings, thoughts and opinions and I am exercising that Constitutional right.

“An economics teacher at a local college made a statement that he had never failed a single student before but had recently failed an entire class. That class had insisted that socialism worked and that no one would be poor and no one would be rich, a great equalizer.

The teacher then said, “OK, we will have an experiment in this class on Labor’s plan”.. All grades will be averaged and everyone will receive the same grade so no one will fail and no one will receive an A…. (substituting grades for dollars – something closer to home and more readily understood by all).=

The second test average was a D!

No one was happy.

As the tests proceeded, the scores never increased as bickering, blame and name-calling all resulted in hard feelings and no one would study for the benefit of anyone else.

To their great surprise ALL FAILED and the teacher told them that socialism would also ultimately fail because when the reward is great, the effort to succeed is great, but when government takes all the reward away, no one will try or want to succeed.

Could not be any simpler than that.

These are possibly the 5 best sentences you’ll ever read and all applicable to this experiment :