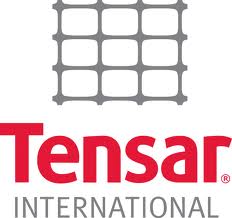 Tensar International Corporation, a leader in geosynthetic soil reinforcement and stabilization, today announced the opening of a new sales office in the Dallas suburb of Frisco, Texas. The office will support regional customers, distributors and a team of Tensar sales staff throughout the central United States, including Texas, Oklahoma, Kansas, Missouri, southern Illinois, Nebraska, Iowa, North & South Dakota, Minnesota and Wisconsin and the upper peninsula of Michigan.

To coincide with formation of the Dallas office, Steve Archer, P.E. was named Central Area Manager for Tensar. Archer has relocated to Dallas to head the office.

“Tensar has seen tremendous growth in the Midwest and Southwest in recent years as soil reinforcement and stabilization technologies have become a popular, cost-effective solution for civil infrastructure site development,” Archer said. “The new area sales office in Frisco will ensure Tensar has even better proximity to its customers and distributors located in this region.”

Steve Archer joined Tensar in 2000 as a regional sales manager based in Dallas. In 2007, He relocated to Tensar’s corporate headquarters in Atlanta to assume the role of Roadway Systems Marketing Director.  He has helped launch a number of new technologies during his time in Georgia, including the North American commercialization of the industry-leading Tensar® TriAx® Geogrid in 2009.

“Steve Archer has years of experience working with Tensar customers to develop solutions that meet their needs,” said Dean Ditmar, Vice President of Sales at Tensar. “His product and regional knowledge make him the ideal fit for this new role. We’re excited to be opening the new office in Texas with such a capable team.”