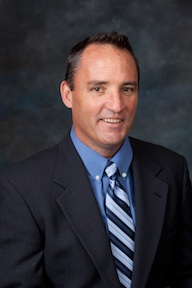 “Saxelby’s proven track record in sales makes him an essential addition to the executive team,” said Fearon. “His skills and experience are vital in developing national initiatives and achieving company objectives.”

In his new position, Saxelby will lead strategic programs and the development of the sales team. He will also assume the primary sales leadership role with customers and will focus on delivering the quality, solutions and support for the Genie brand and of Terex. Providing support in these objectives will be a team of regional vice presidents.

Saxelby joined then Genie Industries in 1998 as a Sales Representative and has been a key player in the growth of the Central Region. Saxelby went on to become the Regional Vice President, which gave him a solid base from which to expand his responsibilities.  He provided leadership to five talented Sales Managers across 15 states and completed a six-month assignment in China focusing on developing dealer distribution.