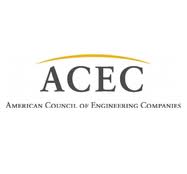 A $1.1-billion response to the death and destruction of Hurricane Katrina has been named the year’s most outstanding engineering achievement in the 46th Annual Engineering Excellence Awards—a juried national competition sponsored by the American Council of Engineering Companies (ACEC).

In August 2005, one of the largest recorded storm surges in U.S. history—over 25 feet— entered the confluence of the Mississippi River Gulf Outlet and Gulf Intracoastal Waterway during Hurricane Katrina, overtopping a 4,000-foot-long levee section and causing widespread flooding, destruction and death in the New Orleans region.

The new Lake Borgne Surge Barrier—designed by Tetra Tech INCA of Bellevue, Wash., is a concrete and steel defense against any future Katrina-like assault. At 26 feet tall and nearly two miles long, it is the largest surge barrier of its kind in the world.  Built to withstand a once in a 100-year storm surge event, the new surge barrier effectively moves the first line of storm-surge defense more than 12 miles away from downtown New Orleans, and is now a model for floodgate and floodwall design worldwide.

•            U.S. Highway 82 Mississippi River Bridge, Washington County, Miss., by HNTB Corporation—a new 2,500-foot-long, three-span cable-stayed bridge that becomes the third longest of its type in the U.S., and a dazzling successor to the 1940s-era bridge it replaced.

The American Council of Engineering Companies (ACEC) is the business association of America’s engineering industry, representing more than 5,000 independent engineering companies throughout the United States engaged in the development of America’s transportation, water and energy infrastructure, along with environmental, industrial and other public and private facilities.   Founded in 1909 and headquartered in Washington, D.C., ACEC is a national federation of 51 state and regional organizations.