It’s been a long time since I’ve looked forward to an election. I’m old and have been around for three quarters of a century. I proudly served four years in the Air Force and have worked for more than six decades. I’ve voted in 14 presidential elections, a couple dozen congressional elections and who knows how many local elections.

I remember World War II, Korea, Vietnam, Grenada, the Persian Gulf War and the Iraq War and can say in all honesty that since Vietnam, I’ve lacked the confidence in our leadership that I had during WWII and Korea. Today’s America is not the America I wore a uniform to protect and serve.

For all practical purposes, we have spent the last 14 or 15 years politically bickering and pointing fingers of blame at everyone. But immediately following 9/11, we were a united, unified America. We were reminiscent of the America that won WWII, that saw us through Korea, that our founding fathers dreamed of, for whom so many died.

However, we have since returned to disagreement, discord and
discontent.

We’ve come through a recession that crippled our economy and inflicted economic pain on thousands, many of whom were retired seniors who will never recover. We are still struggling to recover.

We can join those who point fingers of blame or we can accept the responsibility for the part we played in what has led us to these current conditions. You have to start by answering the questions: Did you vote? Did you vote responsibly?

If we aren’t satisfied with the performance of our elected representatives, we need to communicate with them and let them know. If we’re still dissatisfied, then it’s our responsibility to replace them with a better choice.

Elections should not be about party politics but about selecting the best people to represent us in
Washington.

There is so much that needs to be done and yet so little gets accomplished. How long do we have to wait for a new highway bill? Immigration? Clean water? Fair wage bill? The list is virtually endless. There are thousands of bills waiting and more being introduced daily. 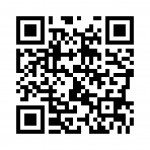 Our representatives in Congress are the people who will promulgate some of these bills into law. The quality of the people in Congress depends on us and how well we have chosen. Do some homework and know something about the people for whom you vote. It’s a good idea to know if you can trust them to voice and express your opinions and concerns when making decisions for you. You are putting your future, the future of your children and the future of your country in their hands.

How important is voting? 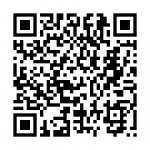 This year’s elections are only days away. Remember, it is important to vote responsibly and intelligently, not politically. Exercise your right and vote.

This editorial appeared in the October 2014 issues of the ACP magazines.