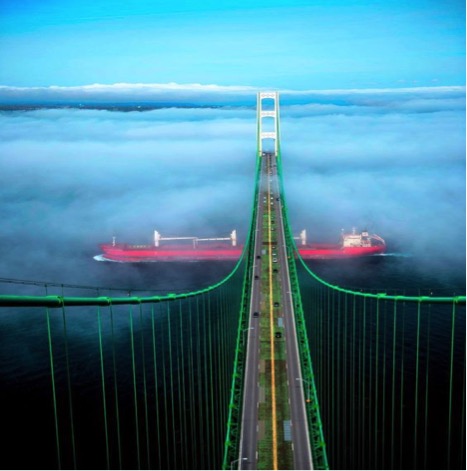 The TRIP report, “Modernizing Michigan’s Transportation System: Progress and Challenges in Providing Safe, Efficient and Well-maintained Roads, Highways and Bridges,” finds that even with the additional transportation funding- which is not guaranteed beginning in 2019 – state pavement and bridge conditions will decline. Traffic fatalities in Michigan increased significantly in the last two years and the state has experienced the eleventh highest rate of increase in vehicle miles of travel since 2013.

“This report stresses the critical need of the region to improve its transportation infrastructure,” said Brad Williams, vice president of government relations for the Detroit Regional Chamber. “As one of our 2017 legislative priorities, the Detroit Regional Chamber is committed to supporting the efforts by federal officials to increase investment in all forms of infrastructure.”

“To continue our economic growth, the industries that drive Michigan need a well-maintained and dependable infrastructure network,” said Josh Lunger, director of government affairs for the Grand Rapids Area Chamber of Commerce. “This report shows the significance of the 2015 transportation funding package, and how critical it is that the Legislature make these commitments a top priority.”

The following statewide projects are either underway or will be underway or completed by 2020, partly due to increased transportation revenue in the state. The report also lists projects in Detroit, Lansing and Grand Rapids. 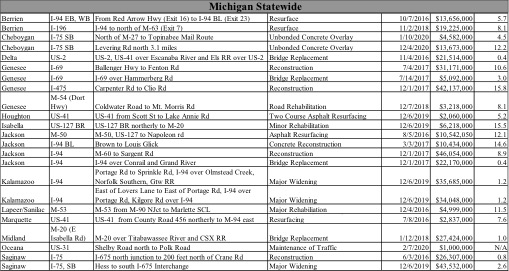 The chart below details projects outside the state’s largest urban areas that will not move forward prior to 2020 due to a lack of transportation funding. The report also includes projects in Detroit, Lansing and Grand Rapids. 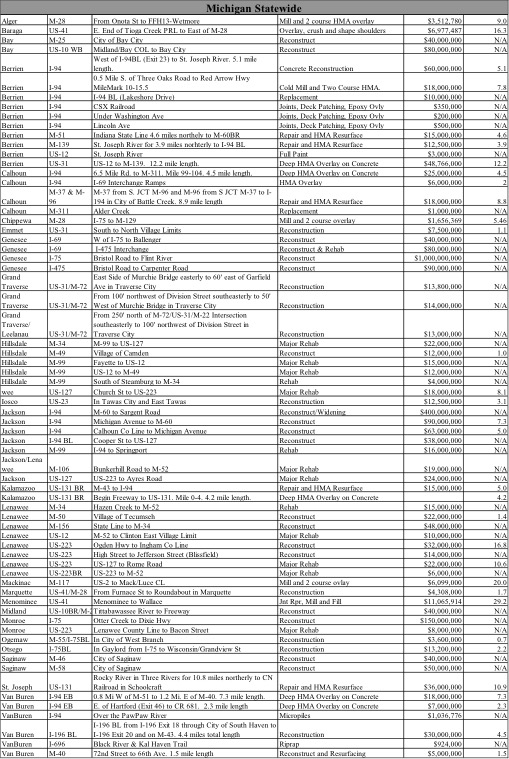 “Michigan’s legislature took an important step in 2015 towards improving the condition of the transportation system and setting the state back on the road to economic recovery,” said Will Wilkins, executive director of TRIP. “While that was a good start, numerous needed improvements remain unfunded. Adequate investment in Michigan’s transportation system is a critical component in the state’s economic comeback.”

Nine years after the nation suffered a significant economic downturn, Michigan is beginning to recover, with its population and economy starting to grow again and vehicle travel increasing in response to the growth. But, the rate of recovery could be slowed if Michigan is not able to provide a modern, well-maintained transportation system. The rate of economic growth, which will be greatly impacted by the reliability and condition of the state’s transportation system, continues to have a significant impact on quality of life in the Great Lakes State.

In late 2015, Michigan’s governor signed into law a road funding package that relies on a combination of increased user fees, registration fees and general funds. While this increased funding will allow the state and local governments to move forward with numerous projects to repair and improve portions of the state’s transportation system, the funding is not sufficient to adequately address the significant deterioration of the system, or to allow the state to provide many of the transportation improvements that are needed to support economic growth.

Achieving the state’s goals for a modern, well-maintained and safe transportation system will require “staying the course” with Michigan’s current transportation program and doubling down on this effort by obtaining additional increases in transportation investment.

Michigan’s economy is beginning to recover following the Great Recession, with population, employment levels and vehicle travel approaching or surpassing pre-recession levels. The level of access and mobility will be a key factor in rebooting and growing the state’s struggling economy.

Approximately one-in-nine locally and state-maintained bridges in Michigan that are 20 feet or more in length show significant deterioration and are in need of repair.  The share of state bridges that are deficient is expected to increase at current funding levels.

Traffic fatalities in Michigan have increased significantly for the last two years, surpassing 1,000 deaths in 2016, the first time since 2007.

TRANSPORTATION FUNDING AND NEEDED TRANSPORTATION PROJECTS Additional transportation funding provided by the state legislature in 2016 will allow MDOT to complete numerous needed projects throughout the state. While the additional dollars have been helpful, many needed projects still remain on the drawing board due to a lack of available funding.

Investment in Michigan’s roads, highways and bridges is funded by local, state and federal governments. Signed into law in December 2015, the five-year federal surface transportation program includes modest funding increases and provides states with greater funding certainty, but falls far short of providing the level of funding needed to meet the nation’s highway and transit needs. The bill does not include a long-term and sustainable revenue source.

The efficiency of Michigan’s transportation system, particularly its highways, is critical to the health of the state’s economy. Businesses rely on an efficient and dependable transportation system to move products and services. A key component in business efficiency and success is the level and ease of access to customers, markets, materials and workers.