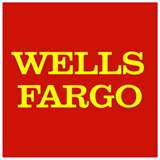 The extension of the Bush-era tax cuts has improved our U.S. outlook for next year. The result of this policy decision should be increased consumer spending, business investment, corporate profits and GDP growth.

The recently announced deal struck between the White House and congressional leaders to extend the Bush-era tax cuts and further renewd emergency unemployment benefits should help to reduce uncertainty within the financial markets. The result of this deal, once passed, will support greater income and spending on the part of consumers and provide investors with a much clearer picture of short-term fiscal policy. The continued reduced tax rate on both firms and consumers should provide a stronger incentive to hire through increased demand.

A Further Boost for Business Investment

Another key provision of the tax cut extension is the continuation of expensing business investment on the part of firms. This provision should allow for greater capital spending and boost GDP growth through increased business fixed investment. The boost in investment should allow for greater corporate profits and higher interest rates as investors move to equities and growth opportunities and away from Treasury notes and bonds. Another factor that should help shift capital into equity markets is the continued lower capital gains tax rate. This provision should help to raise the saving rate and increase the expected rate of return on investments. The deal also includes an extension of the emergency unemployment benefits. According to the CBO, the temporary increase in unemployment benefits would result in a significant positive short-term effect on the economy. The extension of the unemployment benefits should serve to stabilize consumer spending, thus positively affecting GDP growth.

These fiscal policy changes are not without some costs. The direct effect of the unemployment benefits extension will likely contribute to continued elevated unemployment; however, the negative effect of this provision should be offset by the strong incentives to hire resulting from the continuation of the tax cuts. Another unintended consequence that may develop is that state governments, facing another tough year of budget deficits, may use this federal fiscal policy decision as leverage to increase their own state-level taxes to help address budget shortfalls.

Net, the result of this proposal on our U.S. outlook is that we are now expecting slightly higher GDP growth over the next year, led by gains in consumer spending and business investment. Both the unemployment benefits extension and tax cuts should provide a much-needed boost to personal incomes and real wages Most importantly, the reduction in uncertainty should allow both investors and consumers to plan for the year ahead. These actions, once implemented, may provide firms with the consumer demand and capital needed to start expanding payrolls.