Construction spending rose 1.0 percent in November, which was better than the consensus estimate. Previous months’ data were also upwardly revised. Residential and nonresidential rose on the month, while public fell.

Overall construction spending rose to a $934.4 billion annualized pace in November, the highest level since 2009. Private residential spending rose 1.9 percent on the month with increases in single-family, multifamily and home improvement. Fears that the rise in mortgage rates could dampen the housing recovery have been put aside as single-family outlays rose 1.8 percent and are up more than 18 percent over the past year. 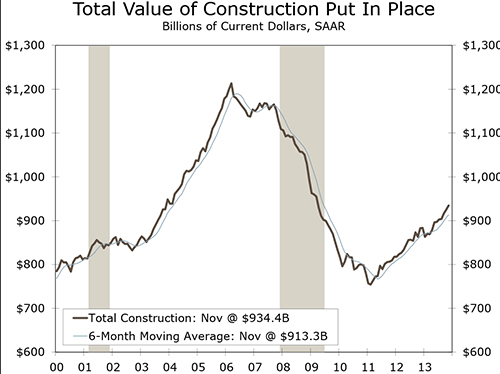 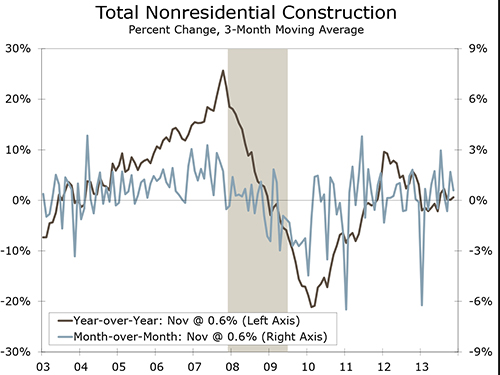 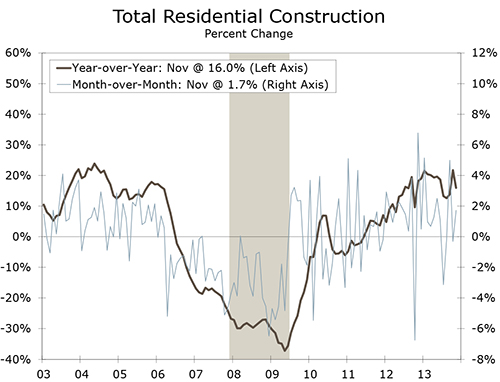 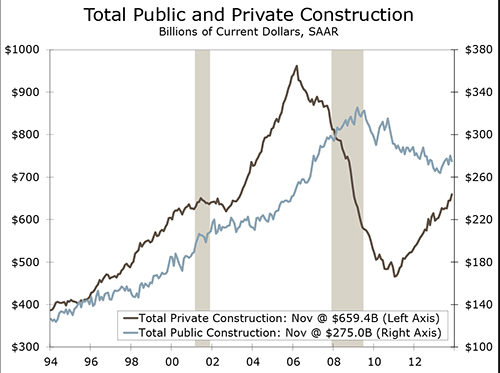