Looking Beyond the Headline

However, reading too much into monthly data can be a bit misleading, especially for construction spending, which tends to have fairly large revisions from month to month. Over the past year, improvement in this space has come from chemical manufacturers, lodging and office construction. All three components registered double-digit gains on a year-ago basis. Overall private nonresidential construction spending was held back during the year by power, health care and communication.

Looking ahead, we expect private nonresidential outlays to continue to see gains, but the recent slide in oil prices could put pressure on energy producers and energy-related construction plans. That said, we could see building plans reignited in other components like retail that have lagged in the recovery as the drop in oil prices boosts discretionary income.

Total residential spending rose 0.9 percent in November, its third straight monthly gain. The monthly increase was broad based, with even home improvement breaking through its recent string of weakness. All eyes are on single-family, however, as the all-important housing market trudges through its recovery. As the labor market continues to show improvement and wages increase, especially for young adults, we expect the pace of single-family building to pick up this year. The record amount of refinancing and still-tight credit conditions, however, remain the largest obstacles for the housing market. 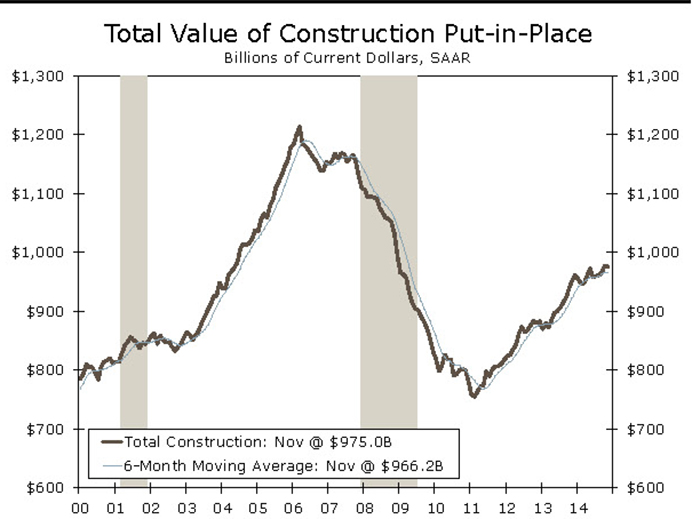 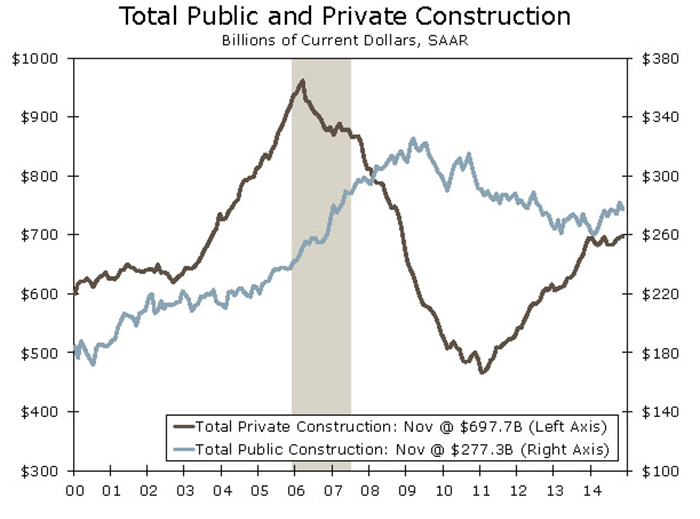 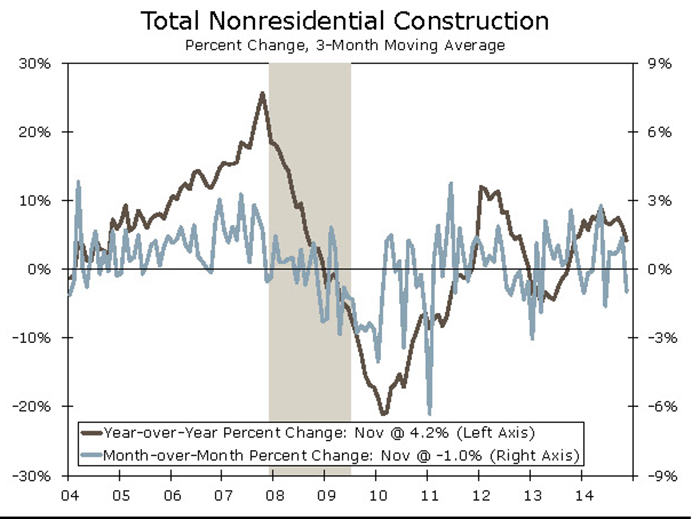