The nominal value of construction spending put-in-place fell 0.8 percent in August with downward revisions to data in the previous two months. Private residential and nonresidential both posted declines.

Although the report was weaker than expected, construction spending is well known for its wide monthly swings. That said, the overall trend still points to gradual upward momentum. Overall spending on a three-month annualized basis is up at a 0.9 percent rate, with nonresidential increasing at a 6.1 percent pace. On the other hand, residential is down 7.2 percent on a three-month annualized basis.

Private residential construction spending fell a modest 0.1 percent, with home improvement pulling the headline lower. Home improvement has declined in seven of the last eight months and is down 10.3 percent over the past year. The string of negative readings in this component suggests the pickup in home remodeling is winding down. Spending on home improvement likely peaked in December 2013 and is now down 18 percent from that high in August. Although housing market indicators remain mixed, single-family spending eked out a modest 0.7 percent increase, its second monthly gain. Multifamily construction outlays also rose in August, increasing 1.4 percent. Apartment demand remains strong, as young adults still prefer to rent rather than own, especially in gateway cities.

Private nonresidential construction spending fell 1.4 percent in August, and is now up 9.2 percent from a year earlier. Despite the decline, manufacturing, communication and lodging made the largest contributions to the headline, while power fell on the month. Manufacturing outlays have shown solid gains in recent months and are up almost 15 percent over the past year. Much of the improvement in this component is due to the shale gas boom as chemical companies that use natural gas as an energy source or as feedstock take advantage of record-low natural gas prices. Chemical manufacturing is up a whopping 57.2 percent from a year earlier and rose 3.3 percent in August. Excluding chemical manufacturing, manufacturing spending fell 0.1 percent during the month.

Overall construction spending has improved at a sluggish pace but should gain traction along with better economic growth. Leading nonresidential indicators, including starts, architectural billings and the Dodge Momentum Index, suggest conditions are improving. In the months ahead, we should see increased spending from the $957 million Nordstrom Tower located in midtown Manhattan. Outlays for the second tallest building in the country will show up in residential, retail, and hotel. 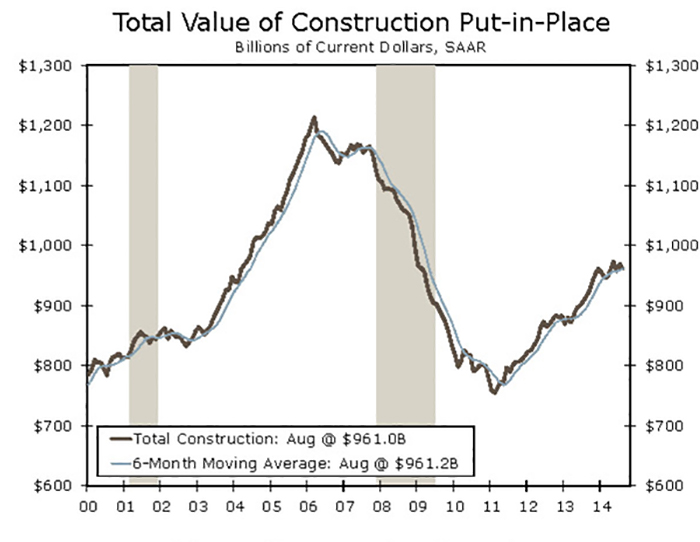 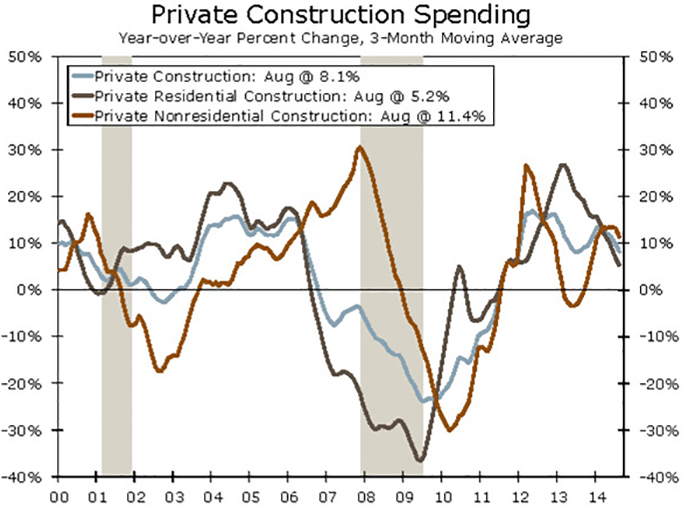 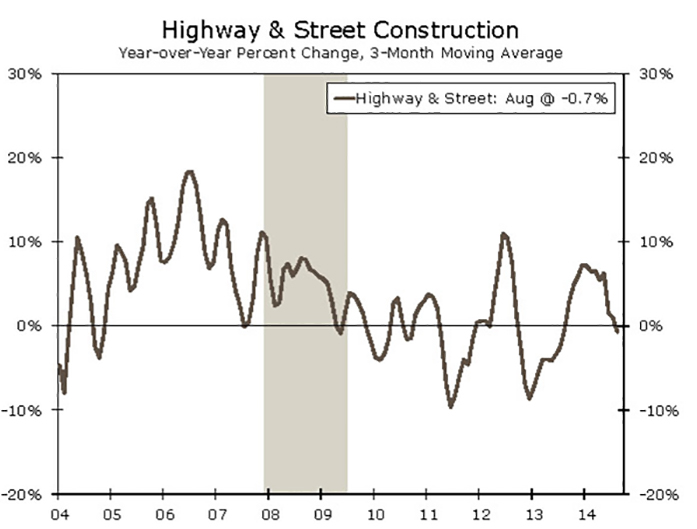