 The often-revised construction spending monthly headline unexpectedly fell 1.8 percent in June, to a $950.2 billion annual pace. The decline was broad-based showing weakness in single-family, nonresidential and public state & local spending. Single-family outlays fell 1.4 percent on the month and add to the rising number of housing reports that are pointing to a weaker-than-anticipated housing recovery.

 Although the overall decline is disappointing, the monthly figures for multifamily and structure outlays were better than the BEA’s conservative estimate. This means that based on today’s report, we do not expect construction to detract from second quarter real GDP in future revisions. 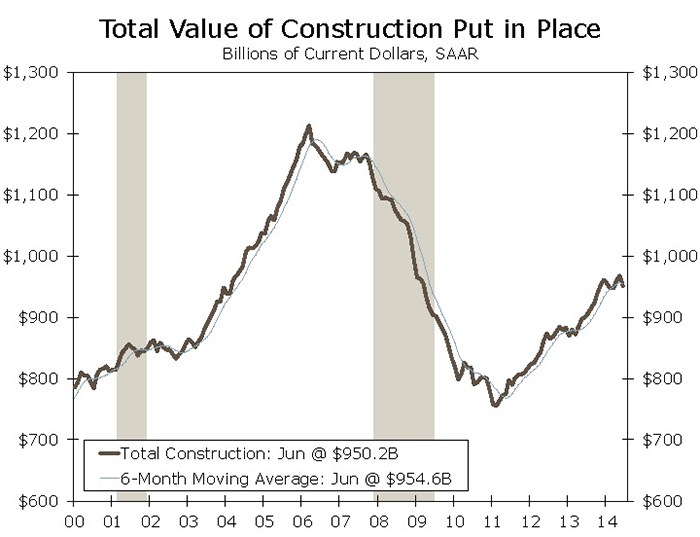 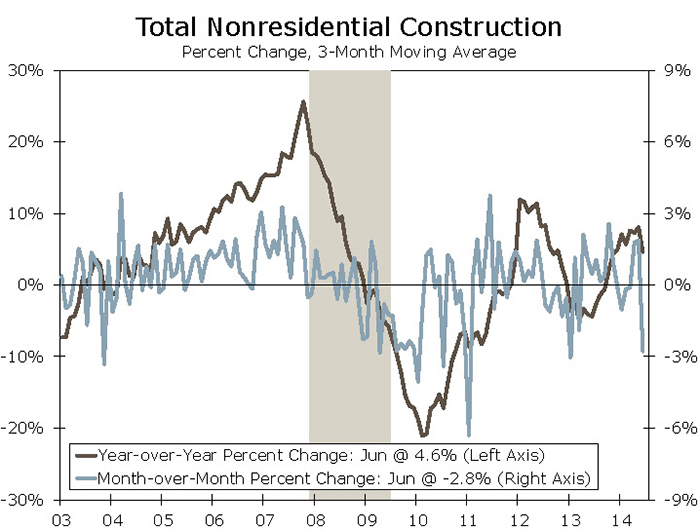 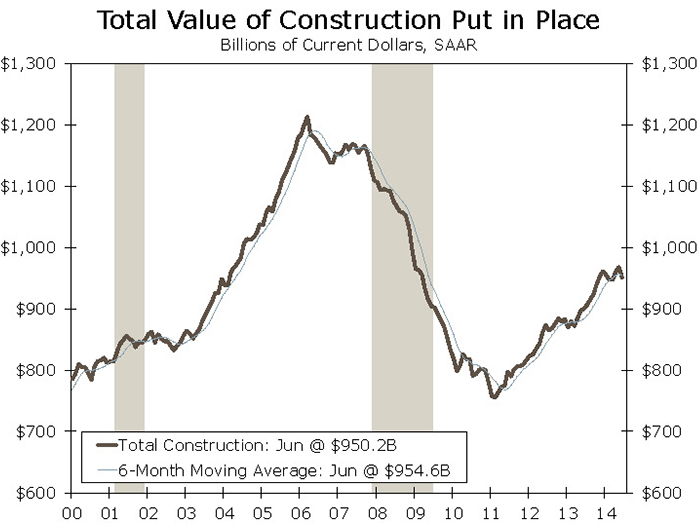 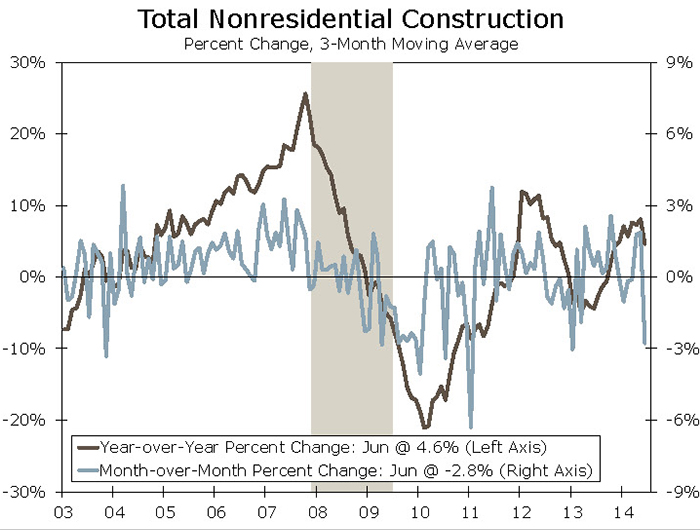