December registered another solid gain in jobs of 252,000, with growth across the board. The unemployment rate declined to 5.6 percent in part due to lower participation. Average hourly wages continue to lag.

Broad-Based Job Gains A Plus for the Economy

In another solid gain, nonfarm payrolls rose by 252,000 in December. Over the past year, job growth averaged 246,000 jobs per month (top graph). This marks the 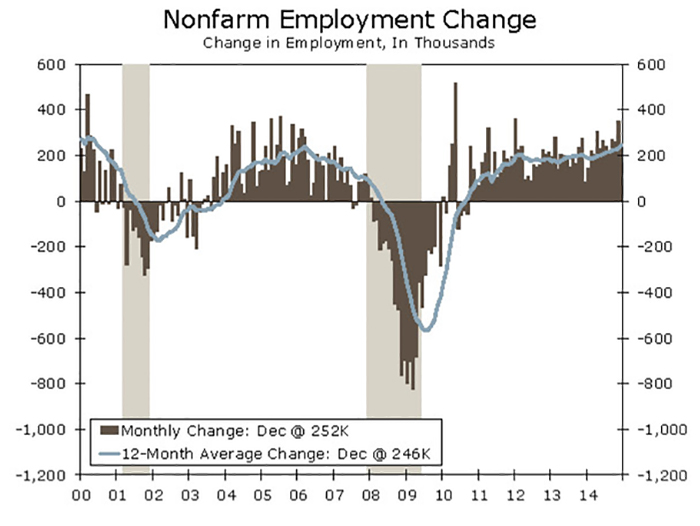 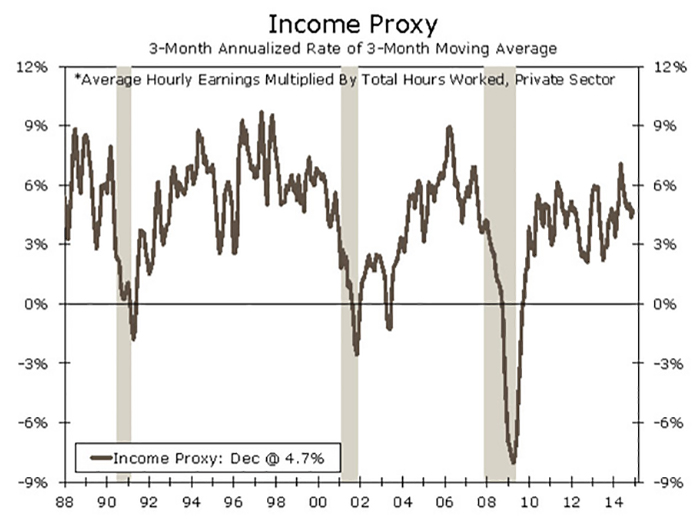 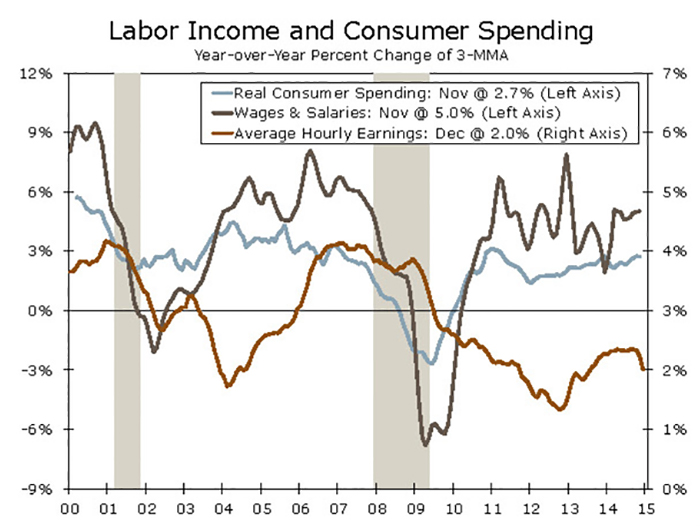 strongest annual increase in jobs since 1999, although the pace has picked up notably in the final months of the year, averaging 289,000 jobs per month in the fourth quarter. Job gains were recorded in a broad set of sectors including professional & business services, education & health services, leisure & hospitality and even the mining sector. The unemployment rate declined to 5.6 percent, reflecting the combination of better hiring and a drop in participation.

The average workweek was unchanged in December, but, after last month’s gain and solid job growth, the aggregate hours index rose a solid 3.5 percent over the past three months. Broad-based gains in jobs and average weekly hours in the private sector indicate continued improvement in overall economic growth (bottom graph). This supports our outlook for continued strengthening in the economy. Our expectation is for economic growth for the next four quarters at a pace near potential growth of 2.75 percent and, thereby, we also see a further decline in the unemployment rate.