Jobs were up 142,000 in August and up 207,000 over the past three months. Trend growth in the second half of this year remains the story. Job gains were broad based and the unemployment rate fell to 6.1 percent. Job Gains Suggest Sustained, Not Accelerating, Growth

Job growth remains broad based but is not picking up steam. Over the past three months, there have been steady gains in trade & transportation, business services, education & health services and leisure & hospitality (top graph). Construction jobs have risen every month this year and are up 20,000 on average over the past three months.

Data from the household survey also showed modest improvement in the labor market. The unemployment rate fell to 6.1 percent amid modest job gains, although the labor force participation rate ticked down a tenth of a percentage point (middle graph). Since October of last year, the participation rate has been roughly stable, while the unemployment rate has fallen more than one percentage point. The decline in unemployment over the past year has been widespread, with a drop across all four levels of education surveyed.

Over the past six months, the combination of the broad-based gains in jobs and the improved average hourly earnings indicate continued improvement in our income proxy (bottom graph). Therefore, consumer income growth remains a potential source of an upside surprise to economic growth in the second half of 2015.

We have already seen a pickup in light vehicle sales and housing starts so far this year. Our outlook is for better overall consumer spending in the second half of this year relative to the first half. Real disposable income in 2014, as well as in 2015, should be much stronger than 2013. Our outlook remains that continued job gains and modestly rising inflation will prompt the Fed to move mid-2015. 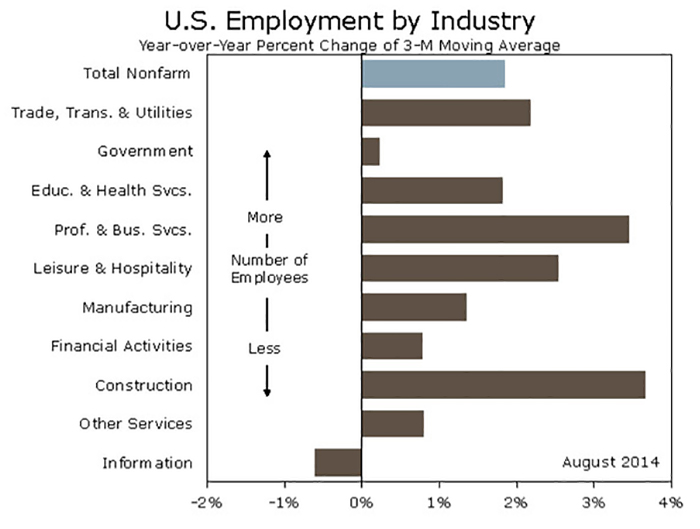 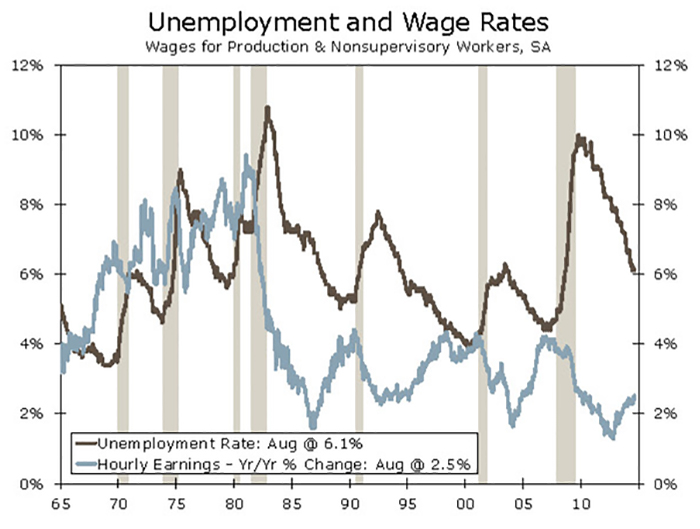 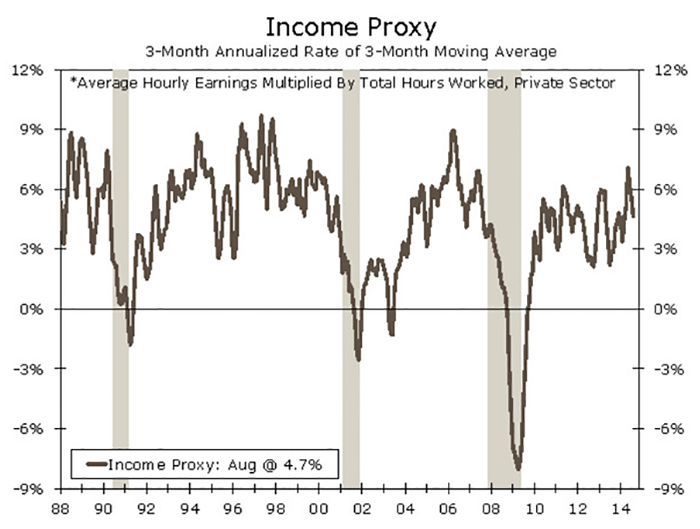