Existing home sales dropped 6.1 percent in November to a 4.93 million rate, largely due to tight inventories. The share of first-time homebuyers, however, jumped to its highest level since late 2012, reaching 31 percent.

 With November now reported, sales are on track to end the year at an annual rate of 4.9 million, which is down 3.3 percent from its 2013 pace.

 Despite the drop, the share of first-time homebuyers rose to 31 percent after being stuck at 29 percent over the last four months. Better labor market conditions, especially for young adults, and easing credit standards are likely responsible for the gain.

 The share of all-cash transactions, which is typically preferred by investors, fell to 25 percent and is now down 7 percentage points from its year-ago level. 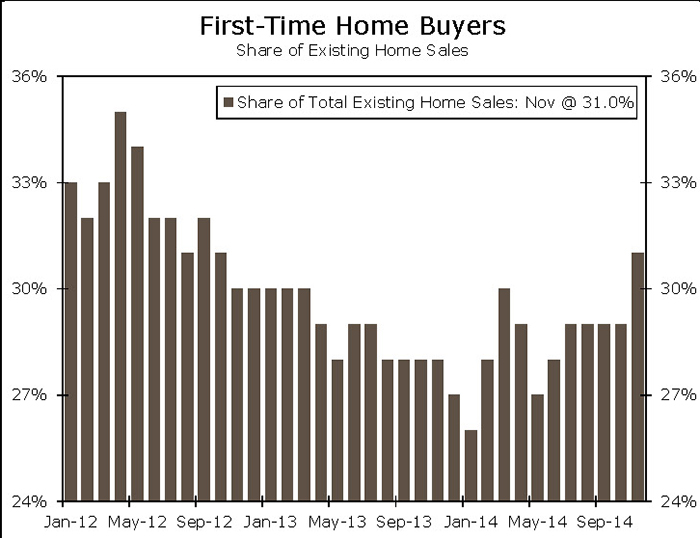 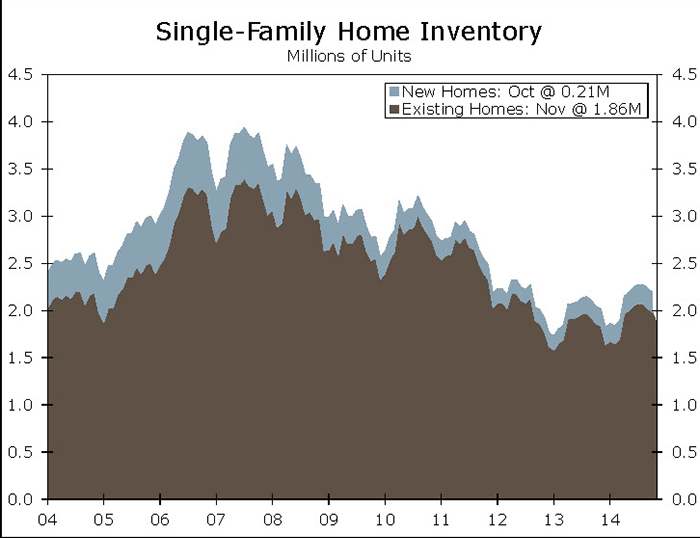 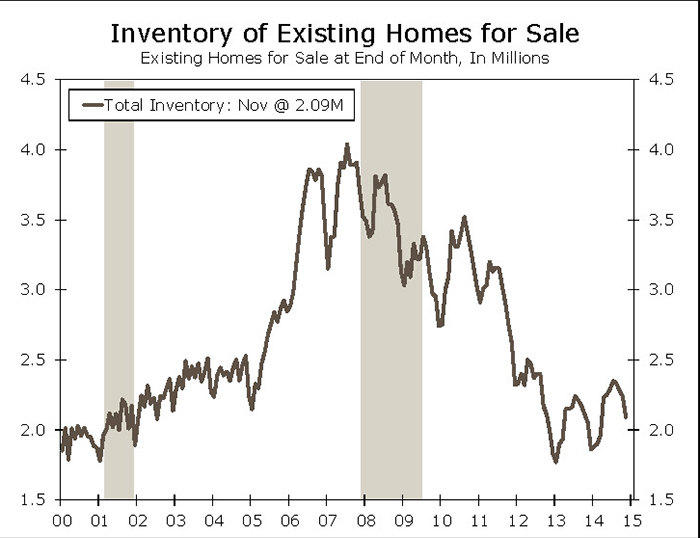 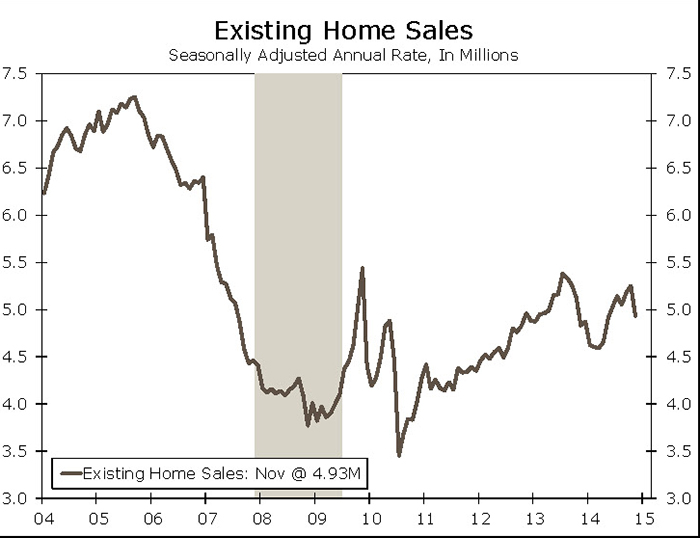