Housing starts rose 3.3 percent in November to a 1.297 million-unit pace after a downwardly revised 1.256 million-unit pace in October. Strength in the West and South pushed single-family starts to a decade high.

Residential Building Up in the South and West 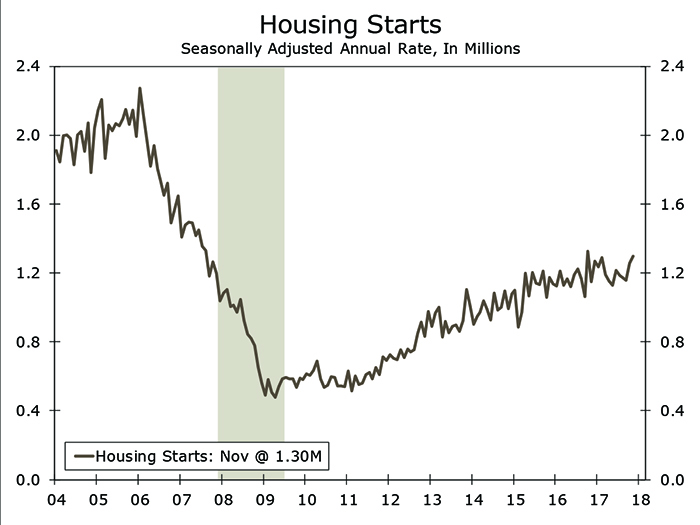 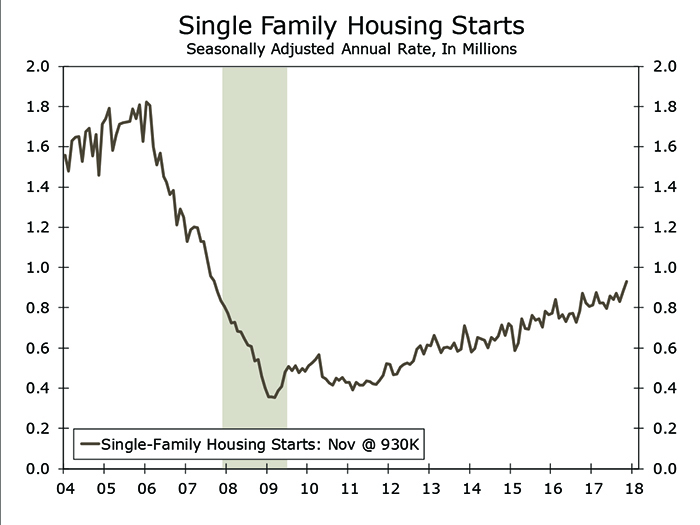 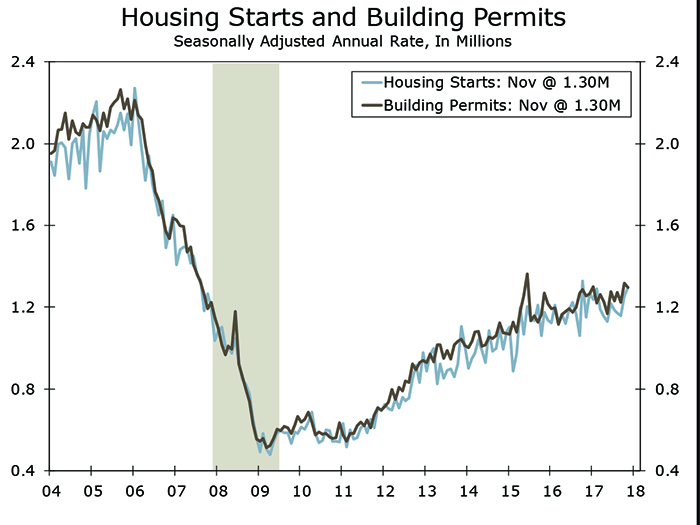 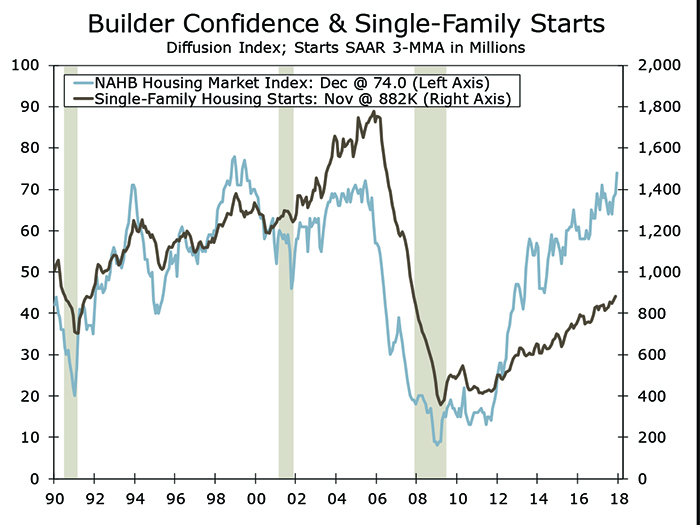