 New home sales rose 0.2 percent in September, marking the second-straight monthly gain. Although the level is largely unchanged over the past two months, downward revisions to data in the previous three months dampens the excitement over the upward surprise. In fact, July data was revised from an increase to a decline of 1.2 percent. Revisions on a regional basis show much of the pullback was in the West and South.

 Median and average prices for a new home dropped during the month. Over the past year, the median price of a home fell 4.0 percent, while the average price was down 2.6 percent.

 The NAHB/Wells Fargo Housing Market Index fell 5 points to 54 in October after rising in four consecutive months. Although all three components of the index declined, current sales and prospective buyer traffic made the largest dent. 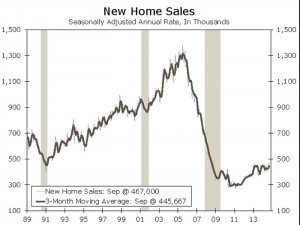 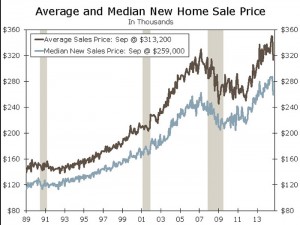 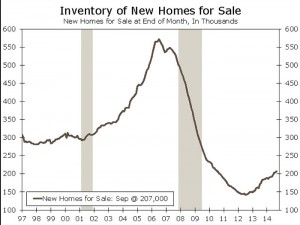 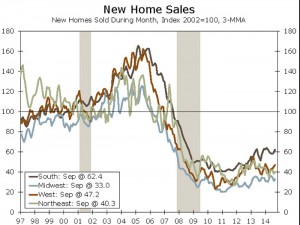