Industrial production surged 1.3 percent in November as October’s initially reported decline was reversed to a slight gain. Manufacturing was the key driver with big gains this month and an upward revision in October.
Strong Report with Broad-Based Gains
The 1.3 percent increase in industrial production for November is the largest monthly pop in more than four years. It comes on the heels of an upward revision that moved last month from a slight decline to a slight gain in output. Manufacturing production was up 1.1 percent on the month with broad-based support. After three straight monthly declines for motor vehicles and parts, that series staged a comeback in November with a 5.1 percent monthly increase. But even excluding autos, manufacturing output was still up 0.9 percent.
The Weather Outside is Frightful
Over 50 percent of the lower-48 was blanketed in snow in November (including more than five feet in parts of Buffalo, NY). It was the largest snow-cover on record for the month of November. With wintry weather showing up in fall, it comes as little surprise that utilities output jumped 5.1 percent on the month.
What About Oil?
Oil prices ended November at roughly $66/barrel, but the average price for the month was still over $75/barrel (WTI crude). The much lower price environment for oil and other commodity prices will eventually cause equipment investment to slow in industries related to oil extraction, in our view. However, we have maintained that production would still hold up in the near term. Mining output fell in November, but oil was not to blame. Crude production was unchanged in November (in fact, it was up 1.1 percent before seasonal adjustment). “Other” mining (coal, metal ore, other minerals) was down 0.5 percent.
Empire Index: A Warning Shot or Just a Misfire?
In a separate report, the New York Federal Reserve’s Empire State manufacturing index unexpectedly slipped to negative territory in December. With all the discussion in financial markets about the impact of lower oil prices, it may feel like this miss is a warning that the factory sector is retrenching. We are not convinced that is what the numbers are telling us. The big movers among the subcomponents sound more like a supply chain disruption than a sudden shift in attitudes because of oil. Unfilled orders were off 24.0 points, delivery times were off 14.6 points and inventories were down 11.5 points. What about prices? How is the input cost side of production shifting? After 10.6 in November, prices paid came in at 10.4 in December, so no significant change. Prices received on the other hand, went from 0.0 last month to 6.3 in December. Still, the miss here in December should not be discounted completely; we will watch other regional Fed survey data for December with greater-than-usual interest. 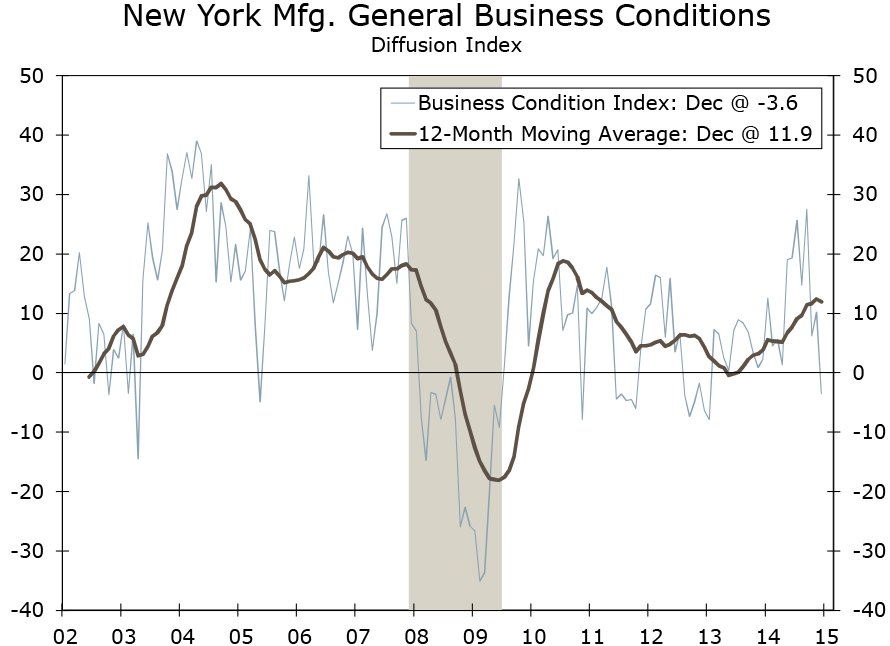 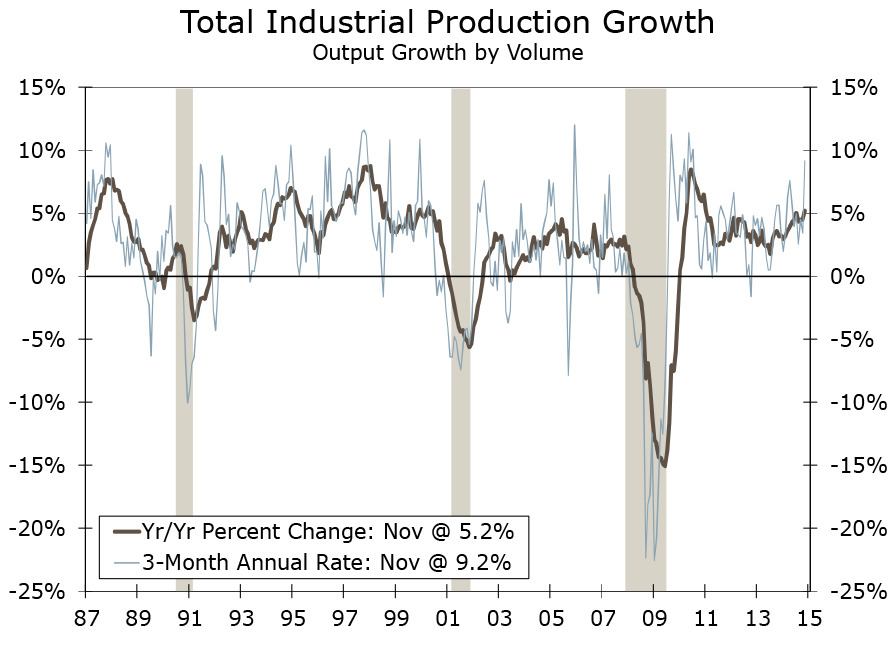 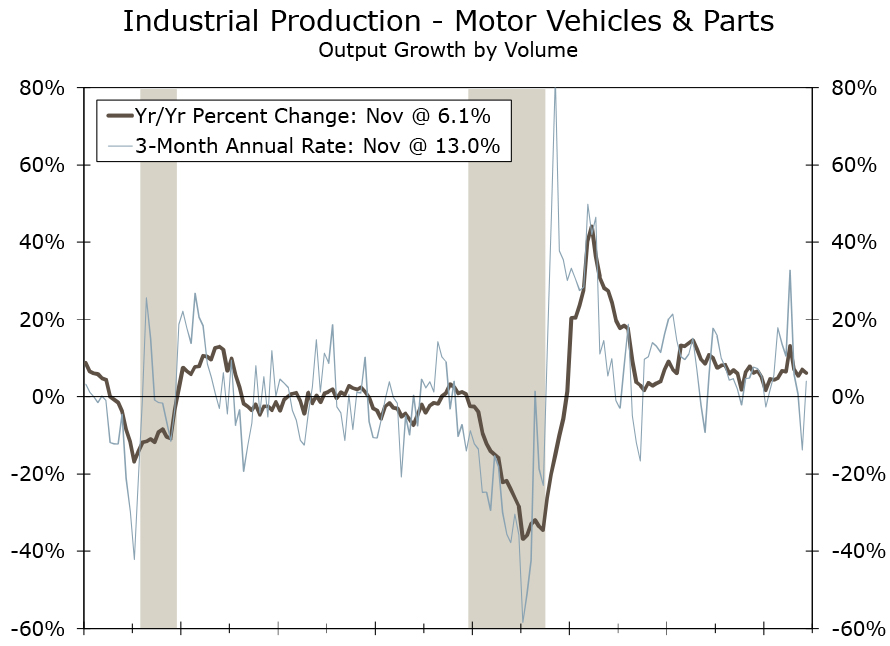